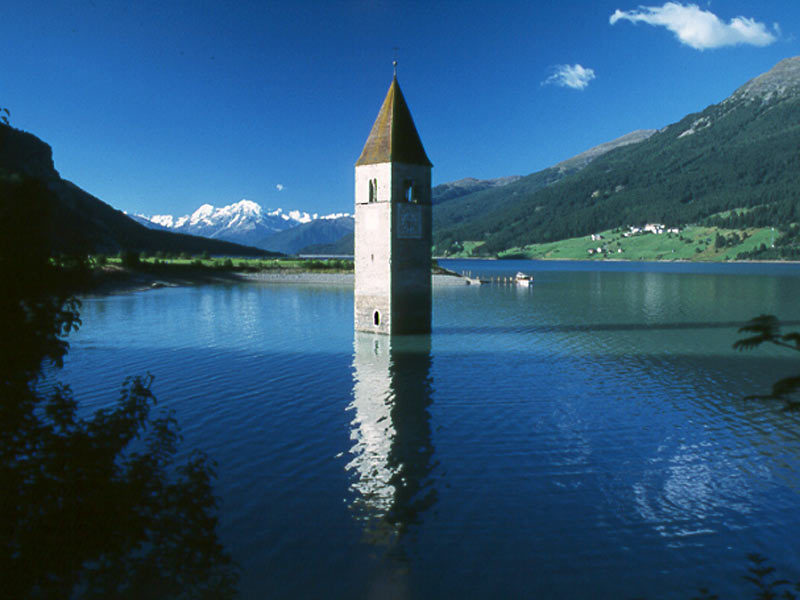 The municipality of Curon is often mistakenly called "Resia" (Reschen), due to the greater popularity of this village. In its territory is the Resia Lake (area 660 hectares), an artificial lake which submerged the old town, rebuilt further upstream in 1950. In the territory of Curon is also located the meteorological station of San Valentino alla Muta, officially recognized by the World Meteorological Organization.

In the year 15 BC the Celtic people who lived in the Val Venosta fell under the dominion of the Romans, who built the first commercial and military communication line through the Reschenpass naming it Via Claudia Augusta, which in the Middle Ages was called "Via Superiore" (Oberer Weg or Schwabenweg) and connected Italy to Germany. After 450 AD the first evangelizers reached the Adige Valley. In the Middle Ages a large community from Germany settled in the upper Val Venosta.

The remains of Old Graun (the medieval center) are now at the bottom of Lake Resia, an artificial lake created in 1950 to generate electricity. Except for the church tower, all buildings on the eastern edge of the valley were demolished, the village was rebuilt and the population resettled. The steeple of St. Peter's, which rises out of the lake today, is the only remnant of Alt-Graun.