Guide to the city of Alba

The town of Alba is in the Piedmont region of north-east Italy, south-east of Turin and south-west of Milano. The city origins is from the Ancient Roman times but most of the monuments of interest today date from the 13th - 15th centuries.

What to See in Alba

Alba is a city of towers it is possible to visit the highest and best preserved of these, which are the Sineo, Bonino and Artesiano towers. The main reference point to begin a tour of Alba is the Church of San Giovanni, located in the 'Elvio Pertinax Square’.  Outside the church, on the square itself there are two houses-towers of the 15th century, which still retain their structure from the late Medieval age.

Continue along Via Cavour, which has one of the most beautiful architectural structures of the entire Old Town, to reach the Piazza del Duomo and Piazza Risorgimento. This square is overlooked by the Alba Cathedral of San Lorenzo, of Gothic-Romanesque style (11th century), which has three portals on the façade which was redesigned in the 19th century, and a massive 13th century bell tower.

Not far from the cathedral is the church of San Domenico, a building from the 13th century with a Romanesque-Gothic façade, which opens onto a beautiful splayed portal.

After visiting Saint Dominic Church continue along Via Calissano to see the Social Theatre, built in 1855 in Neoclassical style. From the Piazza del Duomo you can follow the ancient Via Maestra (the present "Via Vittorio Emanuele”), a true historical artery for the social, cultural and economic life of Alba.

At the intersection with Via Calissano, the Do House was built in the 15th century and decorated with terracotta friezes. The Church of Saint John the Baptist has a baroque style and holds a late 14th century painting by Barnaba da Modena and "Nativity" by Macrino da Alba, a painter who followed the stylistic influences of the Italian Central Art style.

Civil architecture in this part of Alba is represented by the medieval Loggia dei Mercanti, then the Fontana House and Diretti House: the first has a beautiful Renaissance frieze while the second has an elegant decoration with some small arches.

More art works can be seen in Alba City Hall such as the “Crowned Virgin” by Macrino da Alba (1501); the “Piccolo Concerto” by Mattia Preti (1613-1699), in the style of Caravaggio; a 16th-century altarpiece and a work by Pinot Gallizio. Pinot Gallizio (1902-1964) was a leading exponent of the European avant-garde in the 1950s and 1960s and the inventor of the so-called "industrial painting” style.

Other monuments to visit in Alba include the Palace of the Counts of Serralunga; the Church of SS. Cosmas and Damian (18th century); and the baroque Church of Mary Magdalene. The Public Library and the Civic Museum of Archaeology and Natural Sciences in Alba (called "Federico Eusebio"), contains some Roman and prehistoric archaeological collections relating to the area and natural ethnography sections.

Finally, walk to the Piazza Savona, with its attractive arcades and a tree-lined promenade with a fountain, built in the late 1950's. The majestic Church of Saint Paul in this square features a bronze portal, dedicated to the saint. 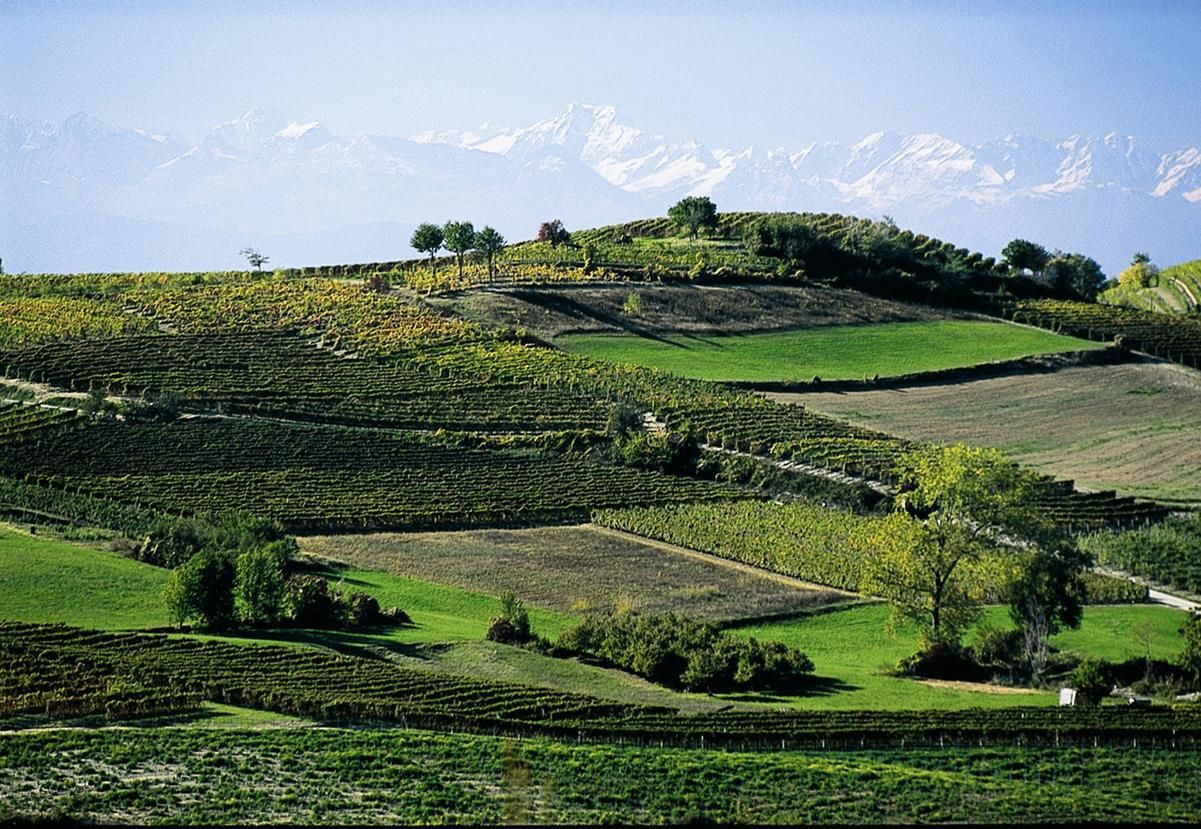 Where to Stay in Alba

The city does not have a large selection of hotels but the places we use most are.

Where to Eat in Alba

Lovers of fine cuisine connect the truffle with the name of Alba, and the product is found throughout Alba and Piedmont region. In October Alba holds the traditional "Truffle Fair of Alba" where you can find dishes made with truffles combined with noodles, ravioli, raw meat and fried eggs.

The local cheese is the characteristic "Robiola of Alba”, which is delicate and tasty. Other dishes to be sure to taste are the so-called "bagna calda", a sauce of anchovies, garlic, olive oil and butter, accompanied by raw vegetables in season; also the “polenta” with venison and snails cooked in various ways.

Among the sweets to try in Alba we recommend the "Bunet”, and a chocolate pudding called “Gianduja” with crushed amaretto and hazelnut cake. Among the wines you can sample the "Dolcetto d'Alba”, “Barbera d'Alba”, “Nebbiolo” and the "Freisa”.

How to Get To Alba