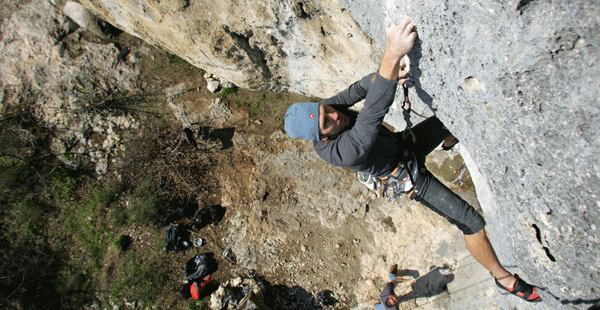 Sector Americano at the Lumignano Climbing area, is a section of cliff I saw in 2000 with a great line that looked 100% natural, so I started to bolt the cliff. The first route was Super Freak and when I bolted it was a good solid 8a+ on all natural holds, however after a few other climbers tried the route a key hold broke off. Now I am not 100% sure of the grade but still it is 8a or above. Someone made a one-finger pocket more positive, but otherwise the route has remained the same. Routes to climb at the Americano sector are Rockstar, Fear, and a new project that I have bolted that will go above 8b for sure. I invite anyone who wishes to try the routes to take time to visit this sector.

WHAT IS THE CLIMBING LIKE AT THE AMERICANO SECTOR

All of the primary routes and overhanging and the wall offers good pockets and water grooves,  you need explosive power, but good footwork to climb most of the routes.  There are no real warmups, the easy routes are only a few meters tall and routes I bolted to teach my kids climbing. There is great morning sun in the winter time, and the bowl created from the cliff keeps it fairly warm since you blocked from the wind.  During the summer you are in the shade after 1500 hours, and you can climb until late evening.  The approach is not easy for little kids, but the area under the cliff is idea and safe.

HOW TO GET TO THE AMERICANO SECTOR

From the parking area walk up the trail to Eremo, once reaching the base of the Eremo Sector follow the wall to your left, just after there is a band of rock that is used as a bouldering area, just for this band of rock you will see a the trail leading up to the Americano Sector.  Be careful sometimes people are rude and use the bathroom along the trails. 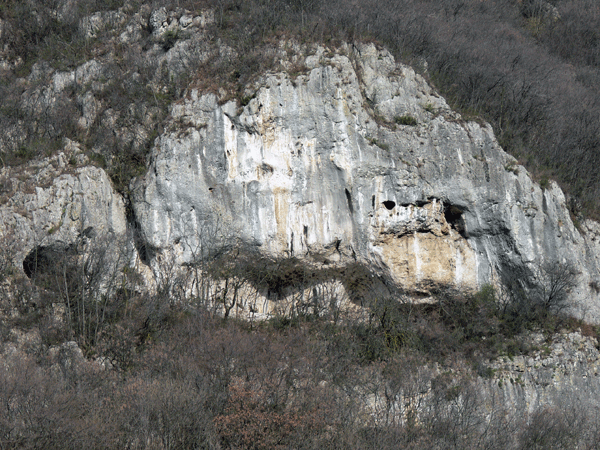 Rock Star
Super Freak
Youth Waits for No One
Fear

ROUTES FROM RIGHT TO LEFT