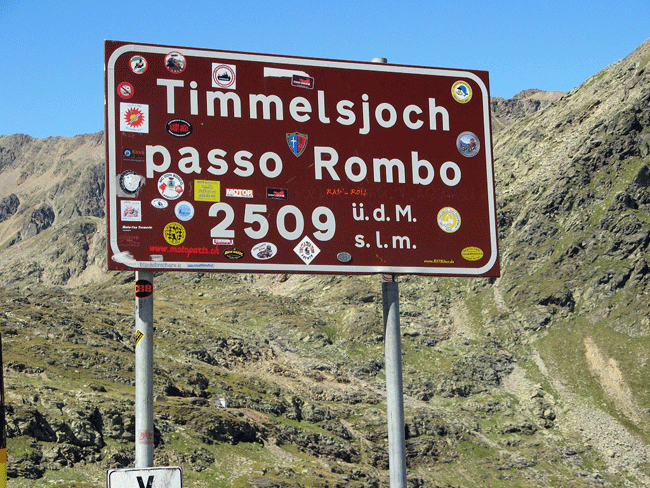 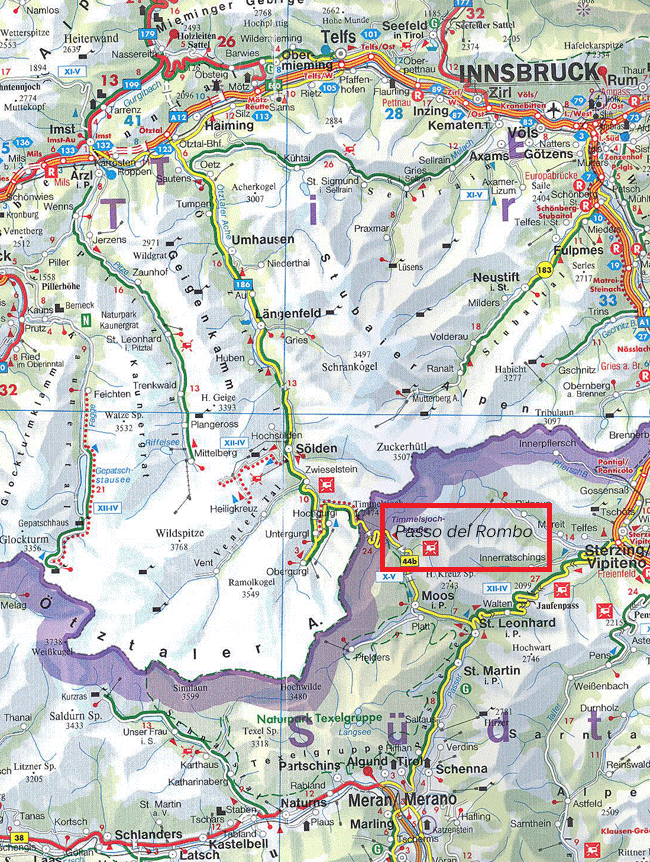 Passo del Rombo connects the Paseier valley of the Alto Adige Province of Italy, with the Otztal valley of Austria Tyrol. The passe sits in a saddle between the Jochköpfl (3,141 m, 10,305 ft) mountain and Wurmkogl (3,082 m, 10,112 ft) mountain peaks, located to its northeast and southwest, respectively. The pass is sometimes called the "secret passage", because it is little-used compared to the much easier and lower Brenner Pass and Reschen Pass.

The first plans to build a road across the Timmelsjoch were drawn up in 1897, when the Tyrolean Landtag (regional assembly) established a construction agenda which comprised the building of several "rival roads" including a road over the Timmelsjoch. Work would not begin until the autumn of 1955. On July 7, 1959, after four years of construction, the 12-kilometre road was finally opened to the public. The Timmelsjoch Hochalpenstrasse was well-engineered and integrated into the landscape.

While the road up from the Ötztal valley was built for tourism purposes, the situation in the Passeier Valley (on the southern side) was very different. As in many other parts of the Italian Alps, Mussolini, the ruler from 1922 to 1945, had numerous military roads built up towards Italy's international borders. Construction of the road from Moos in Passeier, 10 km southeast from the pass, commenced in the 1930s. After the meeting between Mussolini and Hitler on the Brenner in 1939, construction work ceased. The road was narrow and rough, but had almost been completed. The last 700-m tunnel had been dug through; just the remaining 2 km stretch from its end to the pass had not been built. The tunnel partly collapsed in the following years. From 1939 to the mid-1960s, the unfinished, grassed-over road was only used for forestry purposes. Construction work resumed in the mid-1960s and the road was completed to the pass and opened to through traffic in 1967.