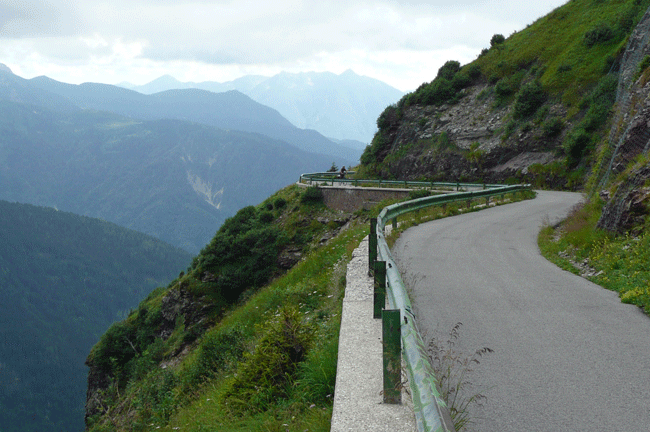 Monte Crostis, elevation of 2,251 metres a.s.l. (7,385 ft) is located in the Carnic Alps, in the Friuli-Venezia Giulia Region.  The Giro d'Italia intended to pass Monte Crostis in 2011, but after the death of Wouter Weylandt and ongoing protests of the peloton, the jury decided to remove Monte Crostis from the route due its danger and brutality.