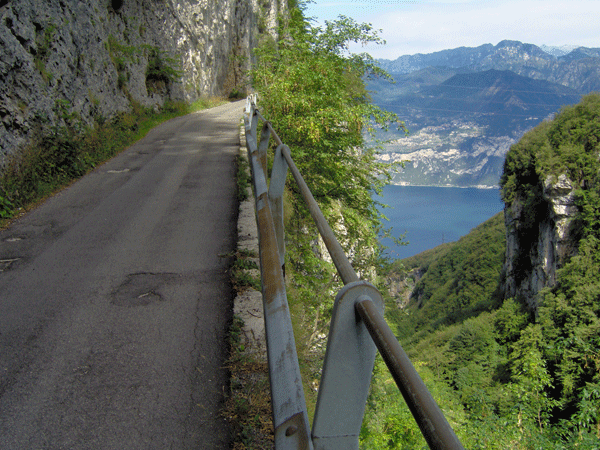 For those bike touring Italy and looking for the extreme Punta Veleno has quicky become one of the epic bike climbs and part Italy's, extreme bike climbing grade cult.  Located above the town of Brenzone, Verona, along the eastern shore of Lage Garda, the 'Punta Veleno' climb takes you up the western slope of Monti Baldo.  The climb was given it's named by one time Giro d'Italia director Vicenzo Torriani.  Torriani was scouting routes for the 1972 Giro d'Italia and dismissed using the route because it was ' troppo velenosa', (to sick of a climb).   The climb has never been included in the Giro d'Italia, but was included as part of the Giro Trentino in 2012.  The climb has been part of several mountain bike events and the fastest time seems to be around 50 minutes. 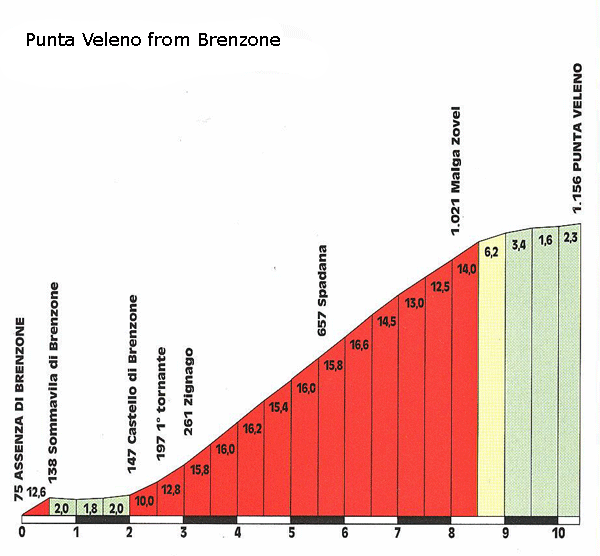 Many cyclist considers this climb much harder than Monte Zoncolan. Most of the road is one lane and not always well paved, at one time it was a military road up to fortifications that separated Italy from the Austria Hungarian Empire.

Turning off the main road you have a short ramp of 400 meters of 12%, but this drops off quickly as you pass through a small urban area.  After 2 km the road turns up and will continue to challenge the legs for the next 6 km. At this point the road narrows and there starts to twist its way up the side of Monti Baldo.  There are 15 switchbacks to work your way through, with an average grade of 17%.

A the top you will pass through a high point of 1152 meters and began a descent toward the town of Prada.  Careful on the first few km's, the descent is not technical but steep and narrow. 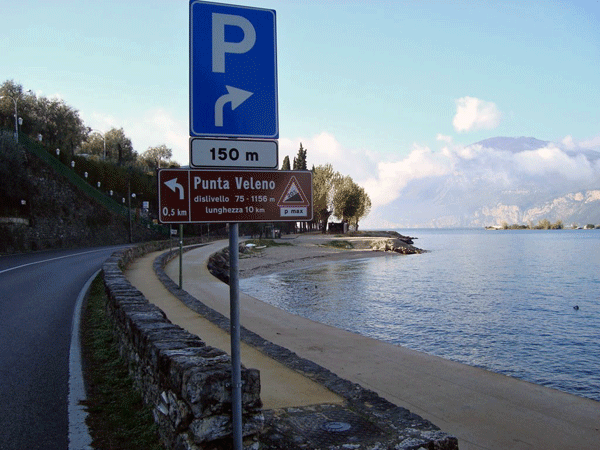 The Punta Veleno bike route has gotten very popular in the past two years, there is now a sign posting the start of the climb.  Show above is the sign as you ride down the lake from Malcesina.  As soon as you make the turn you have a ramp with an average of 12% to work through. Then there is a short rest before you hit the wall that never seems to end. 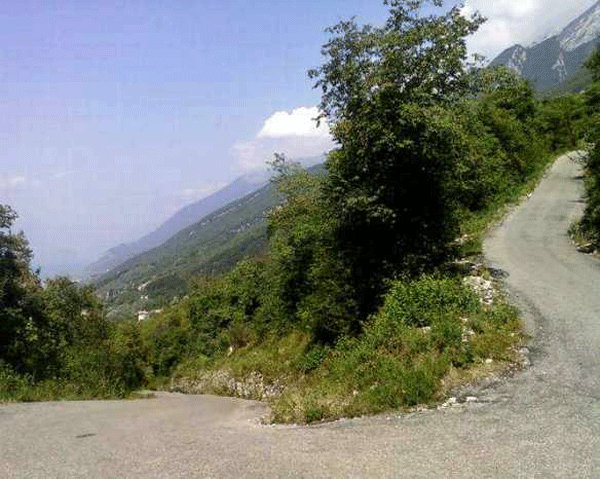 From the 3 km to the 7 km marks is the heart of the climb and the beast to work through, a steady average of 15% and above will let you know you are alive.  For me the key point was a 1400 meter stretch between turns 11 and 12 that averaged above 16%. But not to be discounted is the turn 16 where you will have a ramp of 21.5% to push through.  After the 6.5 Km mark the average drops to around 13% so you feel like you are resting. 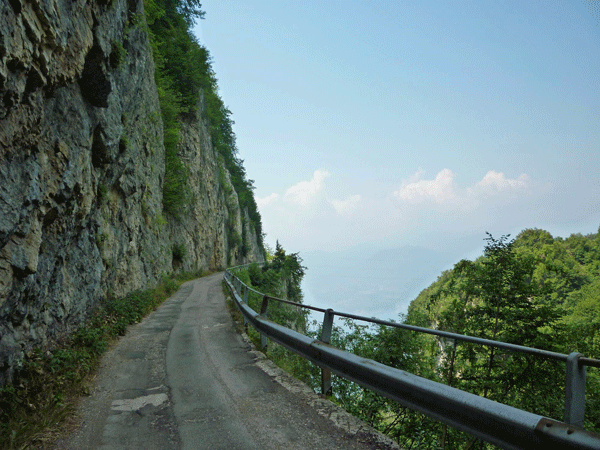 Once you pass the 8.5 km mark the climb is over you have a narrow road that leads you over to the town of Prada where you can descend back down to the lake.  For those whom love a challenge and want to really feel the climb this should be on your must climb list for Italy if you are in the area.