The Landscapes of Italy

Understanding the Landscape of Italy

Mainland Italy extends southward into the Mediterranean Sea as a large boot-shaped peninsula. This extension of land has forced the creation of individual bodies of water, namely the Adriatic Sea, Ionian Sea, Ligurian Sea and Tyrrhenian Sea

The northern reaches of the country are dominated by varied ranges of the Alps, a massive stretch of mountains that extends from France to Austria, and then south along the Adriatic Sea. Italy's highest point near the summit of Mont Blanc (or Monte Bianco), a mountain it shares with France, rises to 4,748 m.
The beautiful and rugged Lake District of northern Italy includes many mountain lakes, with the major ones being Como, Garda and Maggiore

The Po River Valley is positioned directly south of Alps, and runs from Turin to Venice. Rising in the Alps, the Po River is Italy's longest and the valley it dissects is the country's most fertile farmland.

The Apennine Mountains (a range of the Alps) form the backbone of the Italian peninsula, and they extend south through Italy, then directly beneath the narrow Strait of Messina to cover much of Sicily. These mountains consist of several chains and they form the peninsula's watershed, as several rivers rise in the upper elevations, including the Arno and the Tiber.

About 30% of Italy's land area consists of plains with some low, marshy areas, especially along the Adriatic Sea, from Ancona north to Venice. The coastline of the country features numerous large and small bays, as well as gulfs.

The Amalfi Coast south of Naples, and the Cinque Terra to the north of Pisa offer some of the most spectacular coastal scenery imaginable as steep rocky slopes rush down to the sea, and tiny villages with colorful houses pack much of the cliffs

Italy is renowned for its many rugged islands, most volcanic in origin. Significant ones include the large islands of Sardinia and Sicily and the smaller islands of Capri, Elba, Ischia, and the Aeolian Island group.

Much of Italy is volcanic in origin, and today a few of its many volcanoes are active, including Sicily's Mt. Etna, Stomboli in the Aeolian Islands, and volcanologists are constantly monitoring Mt. Vesuvius near Naples, as it has the potential to erupt at anytime. 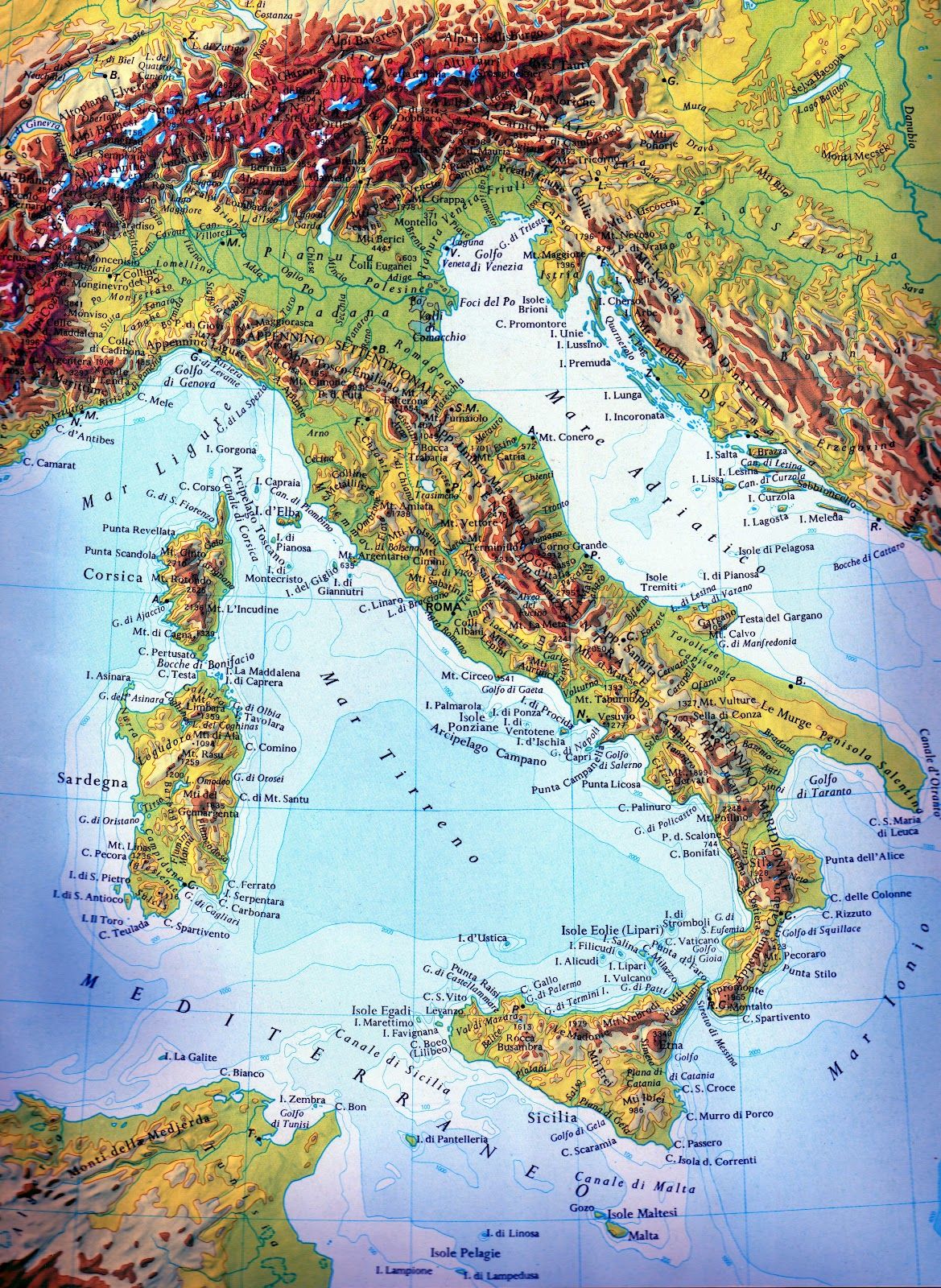