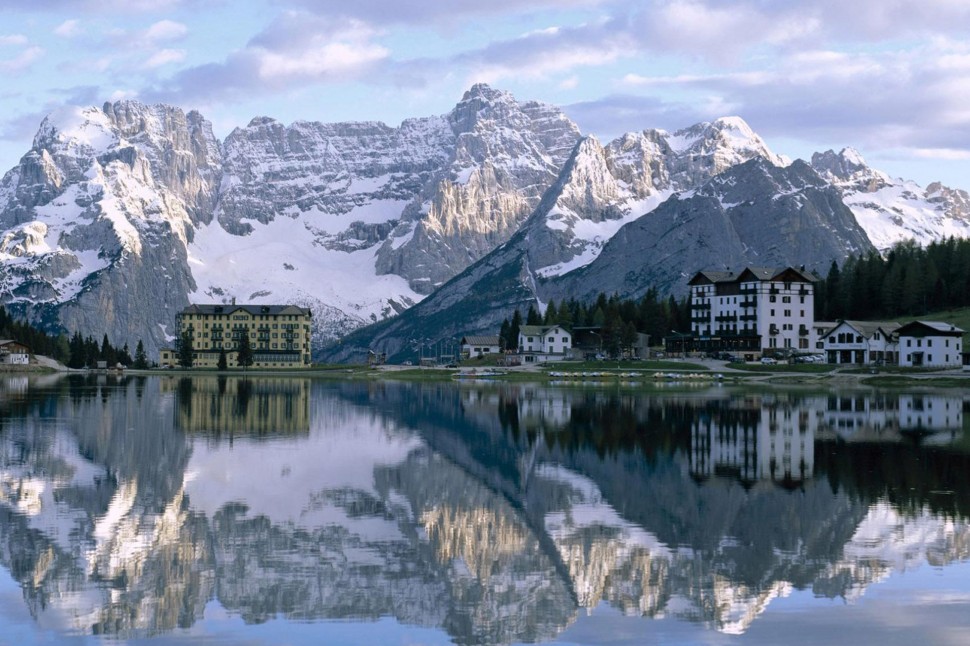 Bike riding in the Belluno province in the Veneto is one of the most spectacular places to cycle you will find in Italy.  The Belluno Province is the Heart of the Dolomite and the riding is for those who love to mountains and the joy of climbing on the bike. There are several rides at various levels of difficulty, climbs with average grades of 9% or climbs with average grades of 4%, with the right gear ratio's you can make your way though all the climbs in the Belluno province.

The Dolomites bike season starts in the month of May, there are chances to ride in April if it has been a dry winter, but be prepared for all types of weather.  Most of the hotels smaller ski towns will close down between 15 April until 15 May and 15 Sept until mid-November.  And during August the mountains are full of day walkers, motorcycles, and everyone just wanting to see the beauty of the peaks.

WHERE TO STAY IN THE BELLUNO PROVINCE FOR BIKE TOURING

Many of these routes can be done during a one week vacation or less depending on your fitness level. If you goal is not just "pass bagging" spend the time to do the climb in multiple directions and many of the lesser known areas. Biking in Italy, and the Veneto can keep you busy during several visits and do not forget to take the time to do a hike or two.