The Croce d’Aune is a mountain pass, at an elevation of 1.015m above the sea level, located in the Feltre Mountain Group of the Dolomites, in the province of Belluno (Italy).

Passo Croce d'Aune is a small pass just north of Feltre, located in Belluno Province, Veneto Region. This mountain pass was once the main route of communication between Feltre and the Cismon Valley. Now a tunnel and road has been constructed, resulting in this special spot being forgotten. There are lots of hiking paths starting from the passo Croce d'Aune, and this happens to be the start point of the Belluno Dolomiti National Park.

Passo Croce d'Aune is the site, where Tullio Campagnolo (from Vicenza) had the inspiration to develop the skewer (quick release) for the bike wheel. He was racing across the pass in the 1920's and due to bad weather and cold Campagnolo had trouble taking off this back wheel to change a flat. On November 11th, 1927, with snow covering the roads of the Croce D'Aune Campagnolo needed to remove his rear wheel to change gears. Because the large wingnuts that held his wheel on had frozen, and his hands were too cold to budge them, he was unable to remove his wheel to change gears, and lost his chance at victory that day.

As he struggled to free his wheel, he muttered five words to himself that changed the history of cycling:  "Bisogno cambiá qualcossa de drio!"  ("Something must change in the rear!") and that simple event -- a wheel that couldn't be removed -- started Campagnolo thinking. He went back to his workshop, and emerged with the invention of the quick-release lever (in 1930) and, soon after, an early bicycle derailleur (1933). 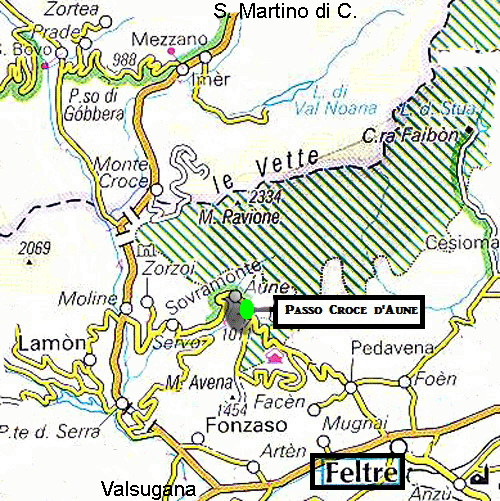