Enchanting, fascinating, and beautiful, Venice remains one of the most-visited places in Italy. That being said? No matter how much you’ve read up on the city, some things about it can be surprising! Here, the top six things we find people have said they wished they’d known about Venice on before their adventure there. Keep these in mind as you plan your Italian Adventure or if you have additional questions drop us a line.

1. You will get lost in Venice, often — even with the world’s best maps

I know people who have visited Venice and had it all: lots of previous experience in the city, fluent Italian, and an iPad with GPS-style Google maps. They still got lost (and I find myself confused sometimes after all the years I have been in the city). Venice is a confusing, winding, maze of medieval streets, with the frequent obstacle of a canal blocking your path. Of course, that’s part of Venice’s charm. There’s nothing better than being lost in such an eerily beautiful city. Unless, that is, you want to get to places and see sites in a limited amount of time.
This made one thing in particular strike home for us: While it’s always virtually impossible to really “see” or “do” a whole city in just one day, it’s even harder in Venice. So, if you’re looking to check things off the list in a limited amount of time, then either consider extending that amount of time a bit more than you might have originally thought necessary — or consider taking a tour. Because we’ve realized that, while a guide is fantastic for bringing sites alive with stories, or giving insider’s tips to a city, in Venice, a guide is also just crucial for getting you from point A to point B. 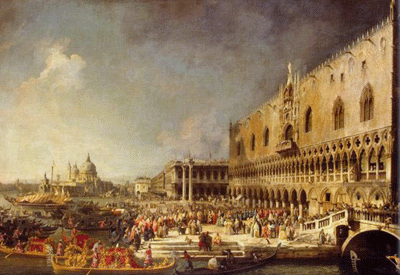 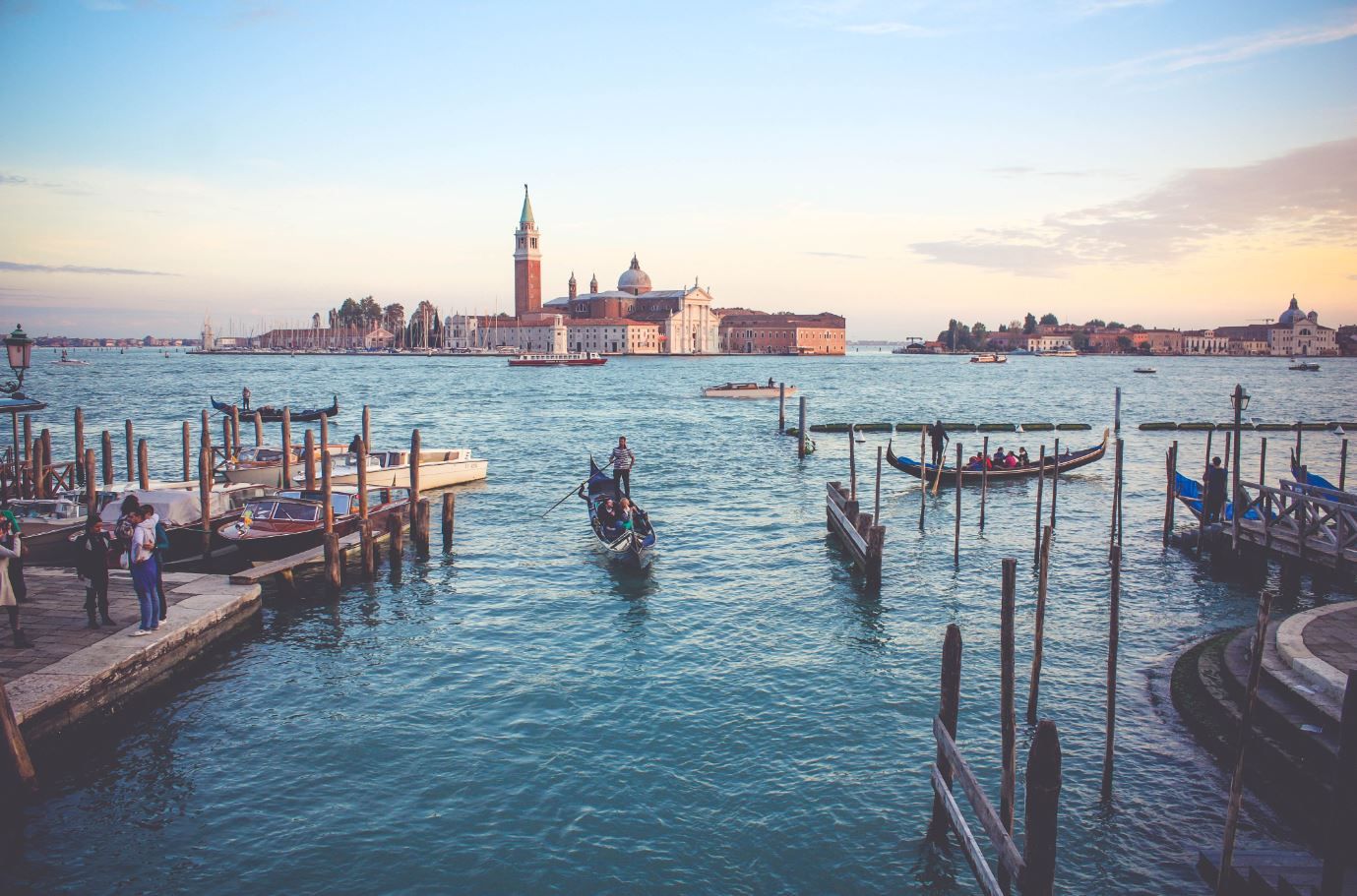 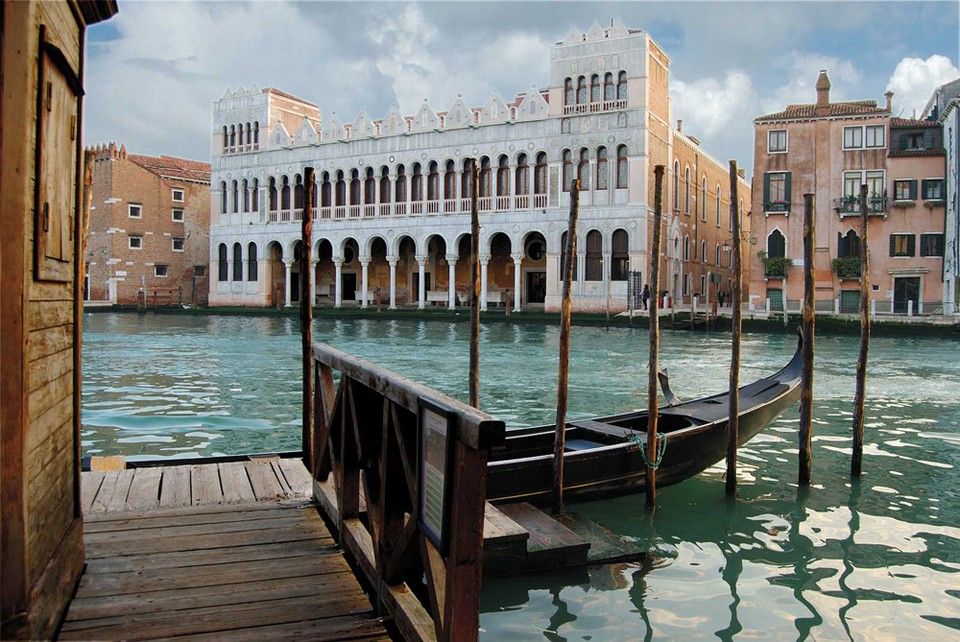 2. You can legally board Venice’s public transport without a ticket…

…as long as you immediately notify the boat personnel and buy a ticket on the spot. Otherwise, if the boat is “spot-checked” for tickets, you can be told you’ll have to pay hundreds of euros in fines. Make sure, too, that you always validate your tickets by running them through the small, yellow or white machines near the entrance.

3. All those ferries are expensive;

In general, the cheapest way to get around Venice is to walk. But sometimes, your feet just can’t take it anymore. Also part of the fun of Venice is unlike a normal city, instead of streets, there are canals, and instead of buses and trains, there are boats.

The problem is that these boats can be expensive. And we don’t even mean the water taxis. A ticket that lets you travel on the boats for 60 minutes along the Grand Canal, including switches, costs €7.50. To take a traghetto across the Grand Canal for just one trip, it’s €2.50 If you plan to use the boat as much as you would, say, the metro in Rome, therefore, that can add up quickly. But one thing we’ve realized: Most people won’t use the boats in Venice as much as they would use the bus elsewhere. That’s largely because so much of the beauty of Venice (as well as where many hotels and restaurants are!) is in its back streets and piazzas, places that, often times, the boats just can’t get to.

In some cases, though, you might plan to take the boats more than a handful of times. So if walking abilities are limited in your group, or if your hotel is conveniently located right near one of the ferry stops, then consider getting one of Venice’s all-inclusive transport passes, good for 12, 24, 36, 48, or 72 hours, or 7 days. To really get bang for your buck, don’t wait until you’re in Venice to buy these: in the “middle/high season” we’re in right now, a 72-hour pass costs €33 on the spot, or €28.05 if you book it through the website Venice Connected. (To get the online discounted rate, you must book at least 7 days in advance). Again, though, remember: To make this particular pass, for example, “worth it,” you’d have to take the €7.00 boats five times or more to merit getting a pass, rather than paying per go. And if you’re like most people, you probably wouldn’t take the boats that often. As well as "free" transport, the Rolling Venice card gets you discount on sites like the Doge's Palace.

A couple of other things to keep in mind on the transport front. First, kids under 5 travel free. Second, although there aren’t any reductions for children aged 6 to 14 (they get the adult rate), there is, oddly enough, an option for a reduced fare for youths aged 14 to 29. To take advantage, buy the Rolling Venice card at a variety of points around the city. It costs €4, and with that card, the 3-day pass is just €18. It also gives discounts to various sites around the city.

4. If you want to eat like a Venetian, it’s worth having some restaurants in mind ahead of time. If you want food this good in Venice, you have to know where to look!

If part of the fun of the trip for Italy for you is the food, then have a plan or at least a few places jotted down. We regularly have guests who didn’t do this and wound up spending €45 per person or more on food so bad, they said it was inedible. If you do not plan ahead ask your hotel or if you’re taking a tour in Venice then ask your tour guide where you can go that’s authentic and inexpensive. But be warned sometimes these individuals have special connections with various locations so you still might not get the best options.

5. Sitting down at a cafe in Venice costs more than anywhere else in Italy.

In Venice, though, the price difference is even bigger than elsewhere. Take a seat with that cappuccino, and you can expect to pay three, four times what you would standing. Decide to take a seat at a cafe on the Piazza San Marco you could pay as much as 15 euro. Some cafes also tack a huge surcharge onto the bill that isn’t for servizio, it isn’t for pane e copert, it’s for “listening to the band” that they have playing at the tables. To avoid those kinds of surcharges, or the stress of worrying about them, stay away from eating at major tourist sites and always take your coffee at the counter. Every bar must have prices posted for patrons to see.

In the End is Venice worth the effort?

YES, Venice should be on everyone's travel list and a must see.  Venezia is a wonderful visit with the proper planning and knowledge you will be amazed at the history, culture, and unique lifestyle of the city.  Just showing up your experience can be hit or miss and if you just follow the crowds around you will be greatly disappointed. We hope you have a wonderful visit and check out some of our other articles about traveling in Italy.