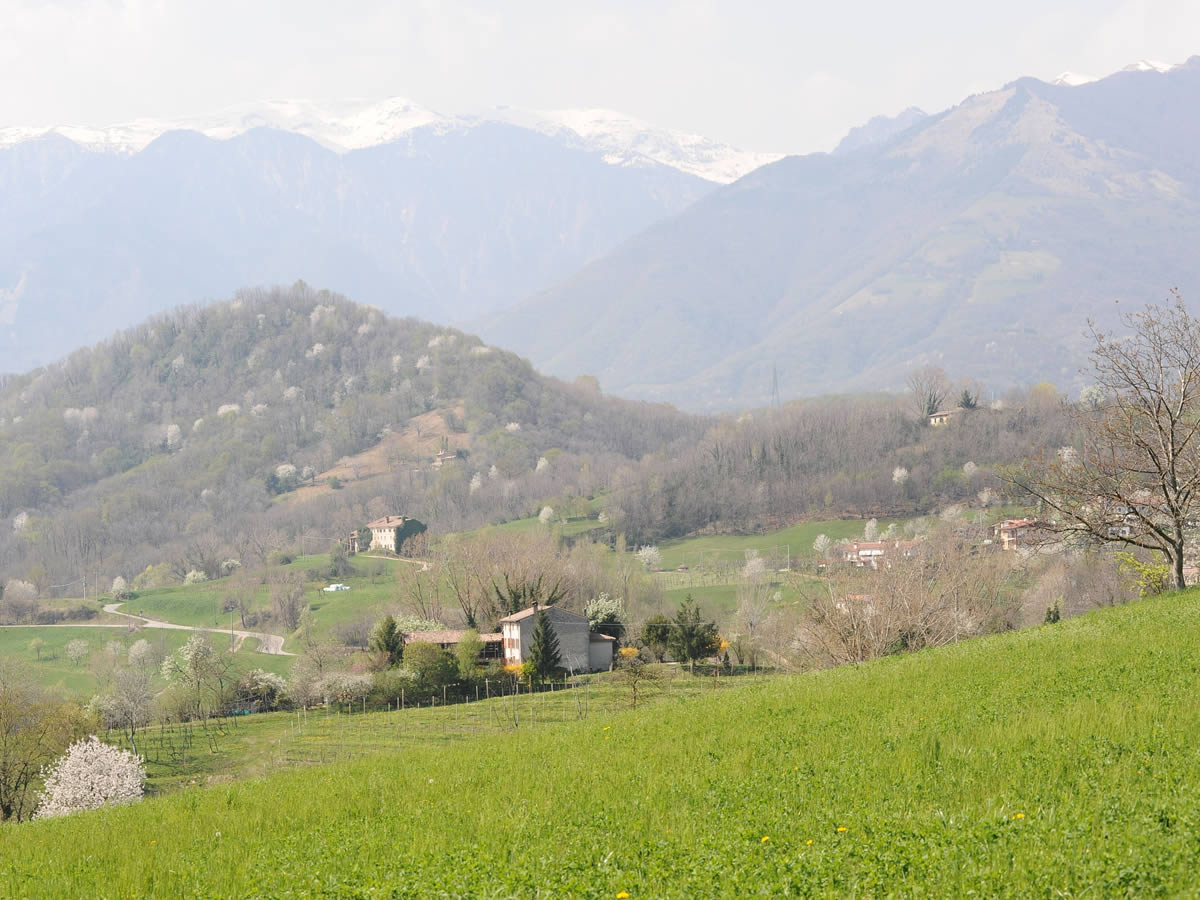 Colli di Conegliano has been awarded the D.O.C. designation, despite the great, long-standing wine tradition of the Treviso hills that stretch the length of the Piave river left bank to the Pre-Alps, covering the entire area - encompassing Prosecco country - as far as Valdobbiadene.

The area has one of the most important and oldest quality wine traditions. This was demonstrated by Giovanbattista Barpo, clergyman and farmer who, at the beginning of the seventeenth century, wrote about wines in his book "Le Delizie dell'agricoltura e della villa" : «... In the year eight hundred and eighty or thereabouts, Emperor Otto gave the Clergy of our Town property bordering Conegliano, with vines thriving on some slopes which, although they were from colder climes, produce grapes that make sweet and delicate wines ». Certain typical and highly appreciated wines naturally come to mind from this historical account, such as Colli di Conegliano Refrontolo Passito and Colli di Conegliano Torchiato di Fregona.

This heritage of a millennium of experience justifies and provides a good reason for the Wine-Growing and Wine-Making School to be located in Conegliano, the first school of its kind in Italy. Its supporters are making it possible to safeguard and promote some truly prestigious wines, such as the Manzoni "cross", a masterpiece by professor Manzoni, once Head master of the Institute. This is an excellent wine included in the Colli di Conegliano Bianco, the features of which are a straw yellow colour, vinous smell with a typical pleasant aromatic scent, dry, tasty, sharp and velvet-like taste with wood notes. Colli di Conegliano Rosso, interesting as well, is a ruby red wine with some garnet red shades. 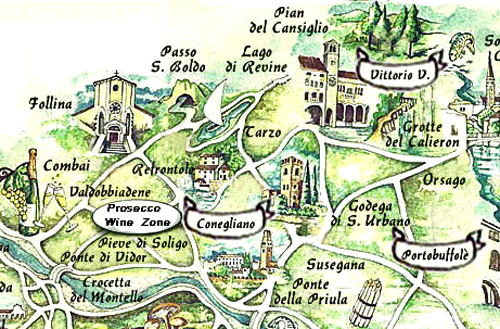 The area is as charming as it is fascinating. Its unique landscape of cone shaped hills hides villages and small towns which, no sooner than they appear, disappear as visitors drive up and down the hillsides, exploring the many valleys brimming with unexpected rural architecture, and religious and artisan points of interest.

The best way to visit the area is to follow the Strada del Vino (Wine Road), the oldest wine itinerary in Italy, which today offers three alternative routes for discovering the numerous historical and artistic attractions of the area, not forgetting its most prestigious food and wines. Many historical towns, home to palaces, castles and fountains, are always waiting quite unexpectedly for the visitors around corners, such as Vittorio Veneto, Conegliano, Susegana, Valdobbiadene, Follina and Pieve di Soligo along the itinerary.