Guide to the Mountain Huts in the Italian Dolomites 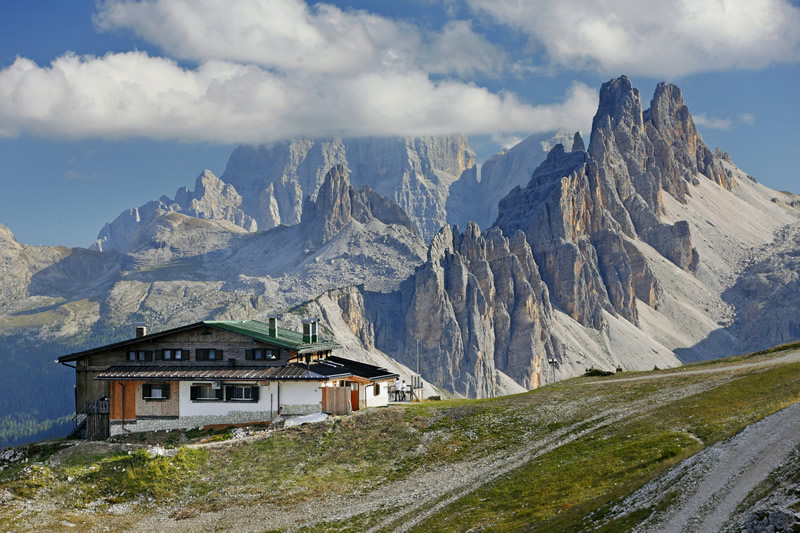 In summer, in the central area around the main Brenta Mountain Group's, mountain huts is one of the busiest regions in the Alps; nevertheless, the Brenta Dolomites are still wild enough to accommodate bears roaming the area. Many of the Brenta Rifugio also have interesting stories to tell,  and sometimes historical value as well; such is the case of Rifugio Tuckett-Sella, for instance, which owes its due name to the political situation when the two buildings composing it were erected.

The Tuckett-Sella Rifugio -  the central position of this hut, makes it an ideal starting point for many excursions and ascents, especially for those accessing the Dolomites from Madonna di Campiglio.

The Brentei  Rifugio is also located in an ideal position at the centre of several paths and trails, not very distant from the vertical walls of the Punte di Campiglio. The hut is encircled by the Val Brentei, closed to the east by a rock boulder and overshadowed by the massive Crozzon di Brenta; it is also flanked by the northern side of Cima Tosa – the two peaks separated only by the so-called Canalone Neri (a sort of canyon), usually filled with ice even during the summer.

From there, one can continue on to Rifugio Tosa, beyond Bocca di Brenta; the path is long and presents a couple of exposed sections equipped with metallic steps and ropes. Closer by is Rifugio Alimonta; the path that climbs to this latter hut – immersed in a splendid Dolomitic amphitheatre and crowned by the peaks of the Sfulmini – is demanding but short.

The ascent to the head of the Val di Brenta is less frequented and decidedly harder: following an initial flat stretch on a forestry road a steep section follows, which climbs up to the hut. The last part is the most strenuous of all, and very exposed to the sun too.

The central ridge in the Brenta Dolomites is lower than that of the Adamello, running at about 2,400 meters – even though it peaks at the respectable height of 3,173 m at Cima Tosa.

Mostly, the isolated turrets that form the summits of the Brenta Dolomites are inaccessible for all but the most experienced climber; so, to the average trekker, they will 'just' be a scenic backdrop – albeit a magical one. As such, they offer many highlights, including the Crozzòn di Brenta – a vast wall of grey rock – and the already mentioned Campanile Basso: a perfect square tower of 400 meters that is one of the grandest rock formations featured in the whole Dolomites.