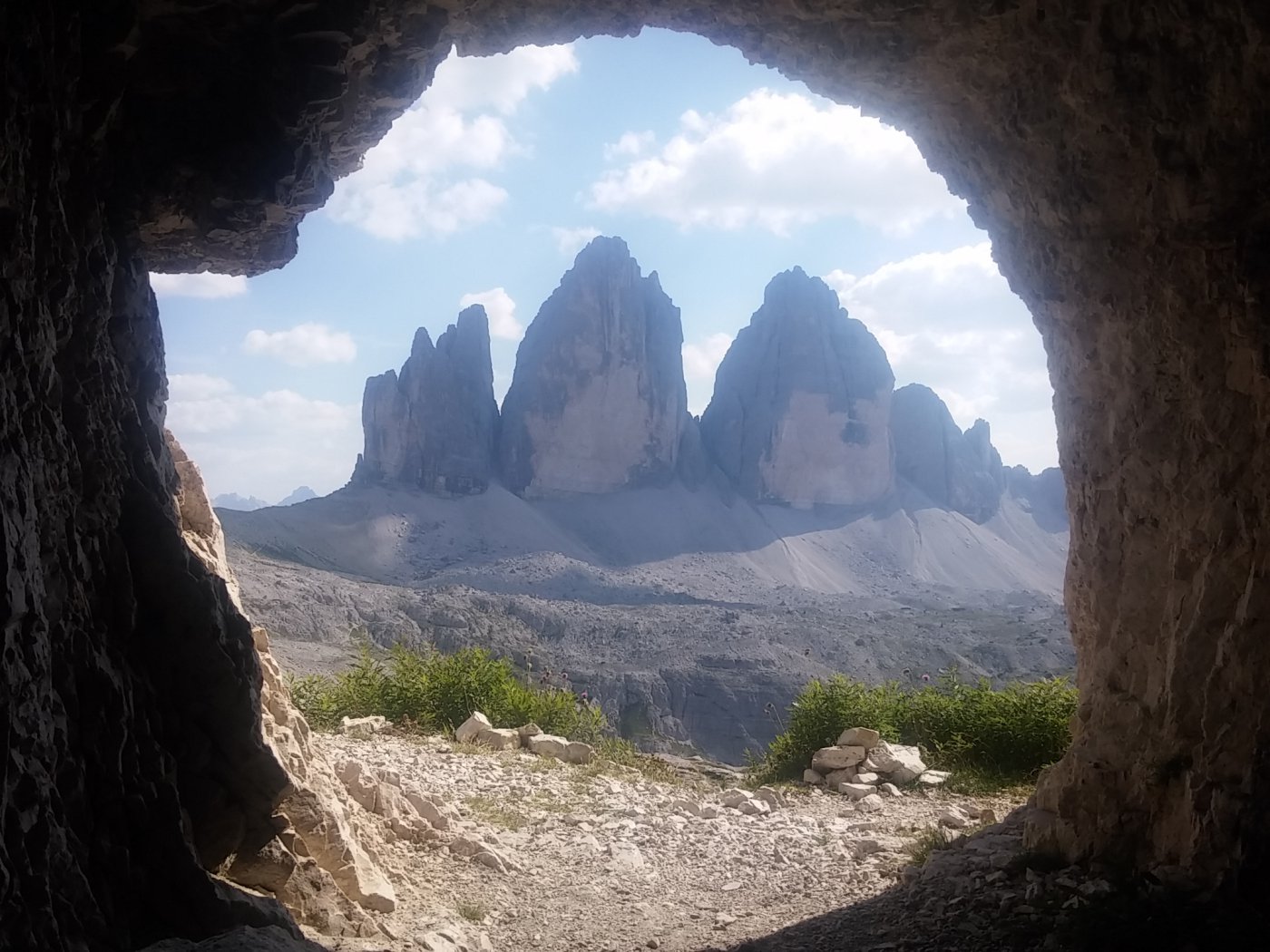 It is a great walk through the history of the First World War and spectacular landscapes of the Dolomite National Park.  The path takes you through the tunnels and battle positions of WWI and at the same time gives you some impressive points of view of the Tre Cima di Lavaredo, one of the most recognized symbols of the Dolomite's. The route peaks out at 2744 meters and is very popular, so make sure you are always attentive of rock fall and wear a helmet.

Guide to the Vie Ferrate Climbs in Italy

CABLE WALKES | VIE FERRATE IN THE DOLOMITES OF ITALY 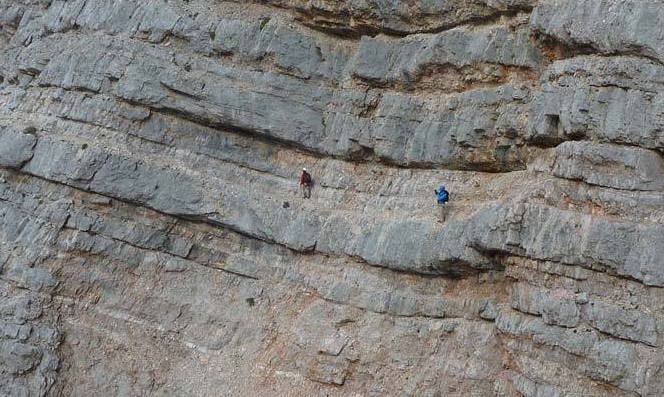 A Vie Ferrate (in English: " Iron Way"), is a fixed-protection climbing path, mostly found in the Dolomites mountain range in northeastern Italy.·

A via Ferrate is a fixed-protection climbing path. The protection consists mostly of heavy-gauge steel wire, periodically fixed to rock with thick metal bars with eyelets on the end. These bars seem very similar to the 're-bar' steel that is used to reinforce concrete in buildings. These metal bars are drilled and cemented into the rock.

In some cases, other types of aids are present, such as rungs of metal (aka 'stempels'), and ladders and bridges.

Some vie ferrate is easy enough that they may be climbed without any technical gear at all. However, many of the ferrate go through areas with huge amounts of vertical exposure and some are fairly difficult technically. Therefore, depending on the level of exposure and technical difficulty (and your own level of comfort with the unprotected climbing), you will want to be physically attached to the ferrata for safety.

Some vie ferrate is easy enough that they may be climbed without any technical gear at all. However, many of the ferrate go through areas with huge amounts of vertical exposure and some are fairly difficult technically. Therefore, depending on the level of exposure and technical difficulty (and your own level of comfort with an unprotected climb), you will want to be physically attached to the ferrata for safety.

For adequate safety, then, a few bits of basic gear are usually needed when climbing on a via ferrate: a harness, a helmet, gloves, and some sort of dynamic attachment from the harness to the ferrata itself. Typically this is some sort of y-shaped lanyard with a dynamic belay device. A good example is the Petzl Zyper-Y. On the end of each tip of the y-shaped lanyard, an auto-locking carabiner is used.

When climbing on the ferrate, both carabiners are locked onto and slid along the wire rope of the ferrate. As rock-attachment points are reached, the carabiners are individually unclipped and re clipped beyond the attachment point, thereby ensuring that one is clipped into the ferrata at all times. Additionally, In areas where the wire rope runs vertically, it is also important to space yourself out from your fellow climbers such that no one climber is on the same segment of wire between two rock-attachment points.

As long as these few simple safety rules are followed, climbing on a via ferrate is about as simple and secure as protected climbing gets! They are a great way to experience the fantastic scenery of the dolomites from a perspective that few usually see. 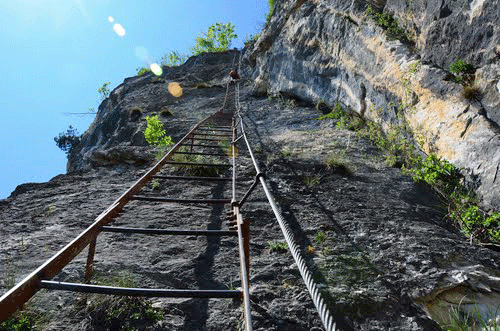 Excellent ferrate above the Lake town of Riva del Grada.  One ofmany day trips to add to your active vacation, that adds a bit of physical challenge and great panoramic views. 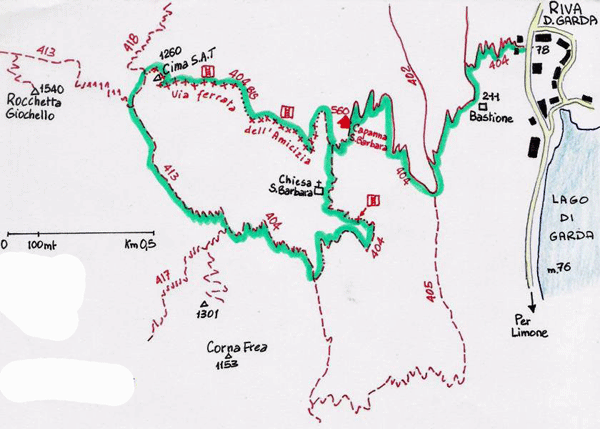 Challenging route best time of year is spring and fall, summer can be extremely hot. 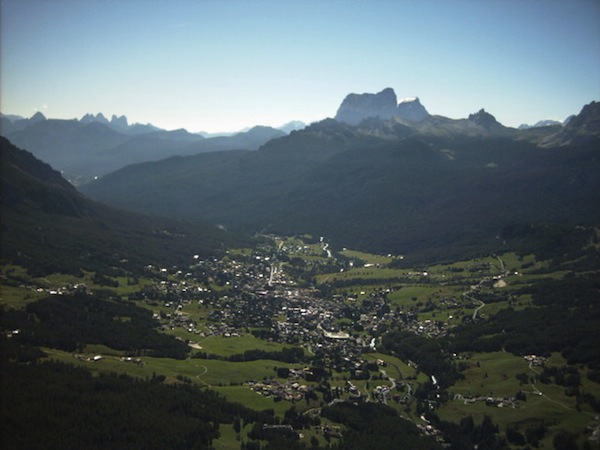 This route is very popularand a classic ferrate near Cortina, The 'Strobel' follows a logical line up the face of the Punta Fiames, the route is wellequipped on an exposed route.  There route takes good fitness and experience in the mountains, but the views and thrill of the walk is a great reward for your effort. 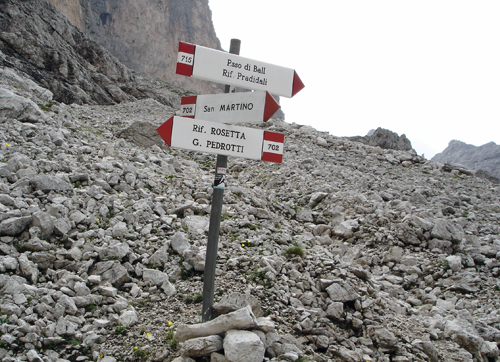 Pale di S. Martino mountain groupis in the Trentino Alto Adige region has 8 marked and maintained via Ferreta. With a plenty of different hiking, walking, and climbing routes at various difficulty rating you can spend a week enjoying the mountains of S. Martino di C.  The valley is not as well known due to small access roads but with the new tunnels it is a bit easier to get into the area. 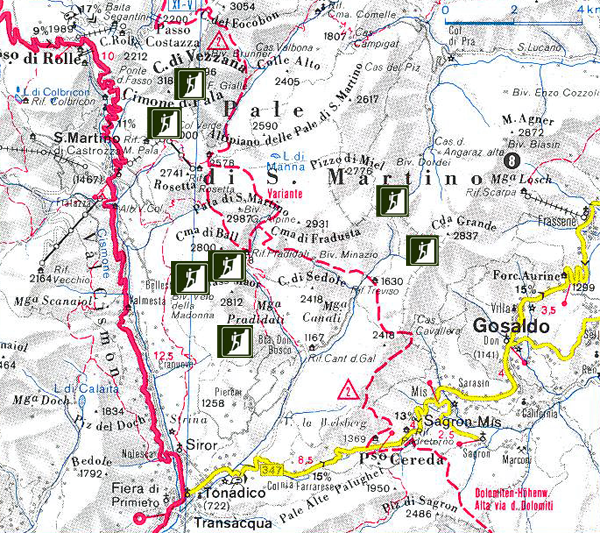 West Ridge of Marmolada Via Ferrate 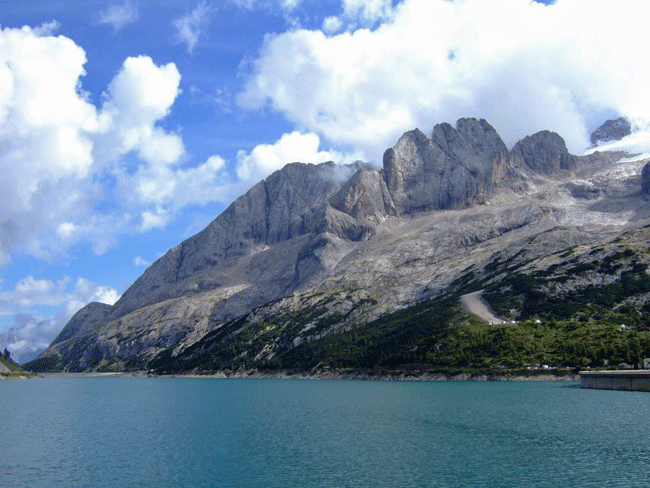 The Marmolada is known as the 'Queen of the Dolomite's', where you will find the tallest peak of the Dolomite Group.  The Marmolada group is a major destination for hikers, mountaineers, and skiers all year long.  The classic route along the crest of this mountain groups requires good mountaineering skills incomfort working in a higher elevation, the placement of the ferrate has made this mountain peak accessiblebut caution should be taken, the route over the Marmolada glacier and path to the peak requires good alpine skills and stable weather.  That being said this is perhaps one of the most spectacular routes in the Dolomite National Park.