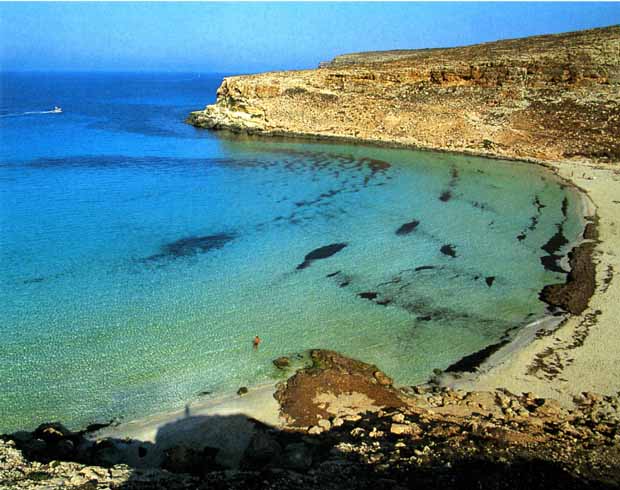 A volcanic island comprised of three extinct craters, remote Linosa retains a quiet charm while attracting many more visitors in recent years. The coast has both cliffs and lava beaches and inland there is a certain amount of agriculture. Much less windy than Lampedusa, Linosa is renowned for being very hot. 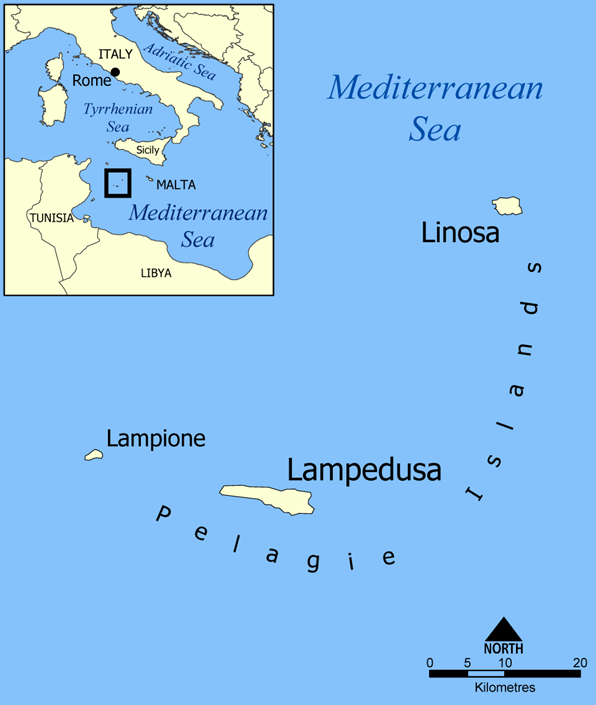 Reaching Linosa from Rome is a 24-hour journey -- but it's worth it. This volcanic atoll is closer to the coast of Tunisia than it is to the Italian island of Sicily.

Landing here is like touching down on another planet -- Mars.

The jet-black beach of La Pozzolana has sulfur-yellow and red layers. Its Black Planet bar is popular for sunset aperitifs and private dinners.VSnorkelers dipping their mask into the water are greeted by black crystal-clear scenery. The island is home to loggerhead turtles and there's a hospital dedicated to helping heal those hurt on fishermen's hooks.

At night, under starry skies, the turtles come ashore to lay their eggs.

The island's main village is a bunch of low-rise pink and green dwellings.

Getting there: Flights connect Rome and Milan to Lampedusa island, which is linked to Linosa by ferry.

What is an Italian Cafe?

WHAT IS ITALIAN CAFE? 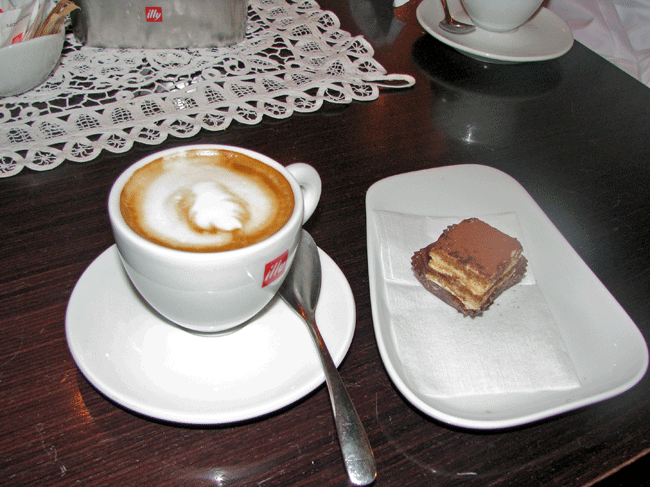 As you travel in Italy, one of the best energy boosts, prior to tackling a major climb or last few kms of a hard ride, is to stop have a good expresso. In order to get your cafe fix  keep in mind that ordering a coffee in Italy is not quite the same as in the states.  The style and quality of the coffee is much different.  I have written a short guide to help you during your 'pit stop'.  Remember that at autostrada (highway) bars, and newer bars you must go to the cashier to order and pay, then you take your receipt to the bar to get your coffee.

Caffe - In Italy if you are ordering coffee the word "caffè" implies an espresso.·There is no need to specify “espresso” when ordering. You may get the question "lisco" which meansplan espresso. You caffe will be served in a porcelain demitasse cup “Mazzini's” with its own saucer and little stirring spoon. Most Italians drink their caffe at the bar pay in a couple of sips and move on with their day. Caffe at the bar ranges from .80 cents to 1 euro, if the bar is asking more, I would move on along they are just ripping off the tourist.·If you sit at a table you might be asked to pay the "coperto", cover charge, most small bars will not charge this but be careful in the cities centers you may find yourself drinking a 5 to 10 euro caffe.·A true "caffe Oro".

Caffè Macchiato– ·In Italian, macchiare means to “stain” – and this espresso in a demitasse cup is stained with some hot milk, probably frothed, though no attention is placed on serving foam. This is not a mini-cappuccino.

Caffè Macchiato Freddo– An espresso served in a demitasse cup with cold or lukewarm milk on the side. It looks like a normal caffè next to a carafe of milk. It is! Many bars provide a communal container of milk on the bar, so often someone can just order a caffè and add the milk themselves. It’s best to order the caffè macchiato freddo and let the barman direct you. If you absolutely want to add the milk yourself, you can make sure to specify, “il latte a parte”

Cappuccino –Probably the most well-known coffee drink, it has a long history. Espresso and steamed, frothy milk added so that there is a clean layer of milk foam in a larger cup, a tazza. This is considered a morning drink for breakfast or mid morning snack.

Latte Macchiato – Milk “stained” with coffee, and served hot in a glass cup as shown or in a tall glass, larger than a cappuccino.

Caffè Corretto– An espresso with a “shot” of liquor of your choice. Mostly popular is additive is grappa, cognac, or rum.·This is an after meal drink to help your digestion, hence the name "corretto" correction.

Other variations of ordering Caffe:

These drinks are further variations on the coffee itself. Most of these drinks can have milk added to thembut the important thing about ordering these drinks is specifying how it is brewed – doubled, water added, chilled, reduced!

Not all bars are the same and there are various influences on the quality of the caffe;·

Out hiking or biking we tend to stop at bars to use the restroom.  It is more polite to at least buy a caffe during your stop. ·

Did you know that Trieste has been a major port for coffee import for several decades?