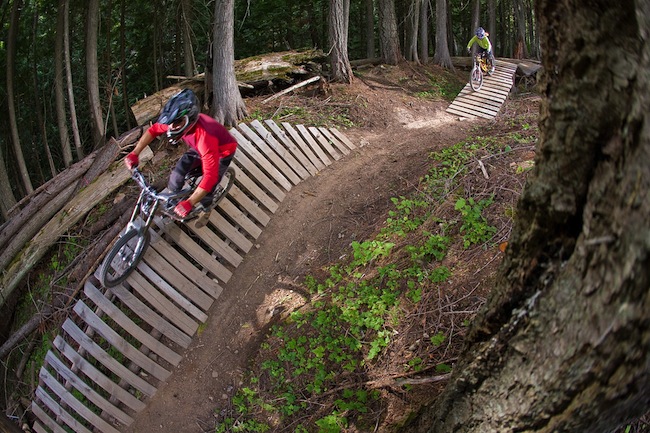 Guide to the Bike Parks of Italy.  There are several great riding options throughout the country and more parks and designated riding areas are opening.  Some areas listed are seasonal so be sure to check their web site and connact to be sure they are still open. 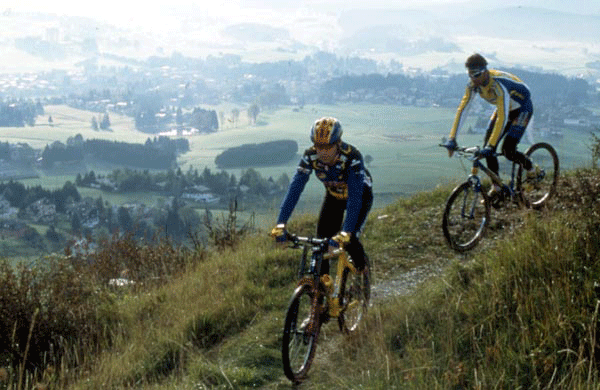 Having ridden a road bike in the Italy for years, I find the Mountain bike lets me to explore a bit more off the beaten path and find some great hidden treasures of true Italy.  A unique environment, Italy has such wide and varied terrain. The North of the country is very mountainous, with the Alps to the East, the Dolomites to the West, and Apennine Mountains. The Alps are characterised by green meadows which climb right up to some of the highest peaks in the world. The Dolomites on the other hand are typically steep and rocky. With this in mind, the style of mountain bike tracks also varies from region to region.

In recent years many of the Dolomiti ski resorts have become very popular with downhill bikers, for those that still bounce well.  For some of us older riders the ski lifts have been adapted for caring bicycles to the top of the hills and you can choose to race back down again, or take one of the forest roads and supply trails for a wonderful ride around the mountain. The designated mountain bike trails in the Dolomite region do not vary much with weather conditions. The rock and gravel based surface drains well, leaving the tracks usable at all times. It is said that the distance you travel in your mountain bike adventure is not the focus or the height you gain but to instead it is to use the roads and trails to gain access to amazing summits to the some of the highest peaks in Europe.

In the Trento region, Lake Garda and its beautiful valley, Val di Gresta is well known for its mountain bike terrain and offers a perfect mix of Alpine and Dolomite. There are mellows as well as steep climbs, meaning there are also some great descents on offer! A typical mountain bike ride in the Trento region may take in anything from Vineyards to apple groves and monasteries to world war monuments! The views are spectacular, on a clear day one can witness an entire Alpine/Dolomite mountain range rolling out before their eyes. Trento is a very special region, very well visited by cyclists. Also to the east is Folgaria, Asiago, and then onto the Friuli Venezia each with unique attractions and old military roads and trails.

The whole North of Italy is famous for its cycling tradition. Countless riders, adventure bikers and racing champions alike have come from Italy. In commemoration of their great achievements, cycling events are run every weekend without fail!  All levels of ability are catered for, from beginner to advanced, road and off road! It’s all in the name of fun, regardless of how long or how far you go, once you’re out on the bike, having fun in the sun, nothing matters!

Just like the rules of the road if you are going to venture off into the backcountry of Italy on a bike remember these simple Internation Mountain Bike Association Rules:

Know what type of rider you are and pick the adventure that matches your skills.  Life is about challenging ourselves not doing stupid things.

Today I did a great mountain bike ride into the hills of Soave, located in the Verona province of the Veneto.  Soave is well know for it's white wines and the walled city that has stood in the area since the 10th century.·The town sits just off the main east to west transportation lines at the base of the Lessini Mountains.

There is no train stop in the town of·Soave, you would need to make your way to the town of S. Bonifacio, which is 3 km south of Soave. There is a morning train from Verona, Vicenza, Padova and even Venice that you can take your bike on, making this a very good one day excursion away from the major tourist centers. Due to the long walk from the station to the town, there are very few tourist hanging out in the square. At least for the moment, I keep hearing more and more about Soave in the US travel circles, so you might want to visit before it gets crowed. From the train station it is a quick ride over to Soave, there can be heavy traffic on this road but they are wide and it is normal commuting route for school kids and workers so it is safe. But do go slow and pay attention.

The route takes you through the main street within the walls of Soave. There is a great bread shop and small store on the left side of the street that you can grab something to take with you on your ride. Exit out the back entrance of the city walls and ride along SS. 365 for about 2 km than at 7.2 km you will start a nice each climb up a switch backed road that leads you up through the vineyards.  At around the 9 km mark you will see the Balestri Valda wineryon your right. A nice visit and possibility of doing a wine tasting.

If you do not decide to stop the road continues on an easy climb up to the town of Cazzono di Tramigna and then Castelcerino. Castelcerino is the land area of the Caffefe wine producers. They also have a cellar and place for tasting within the walls of Soave that you can visit and taste after you have completed your ride.

After Castelcerino you start a short down hill for about 3·kms along a farm road. At 16.8 you arrive at your challenge for the day and nice 5km climb with some very short sections that go up to 10%. But then you peak out and start another wonderful descent through grape vines, cherry trees, and olive trees arriving to the township of Montecchio di Crosara.  This is a great place to have a cafe and then you start contouring your way back toward·Monteforte d'Alpone and then Soave.

The route is 3-4 hours if you do not stop for wine.  There are several good selections for lunch within the walls.·I really enjoyed my food and wine at the Trattoria da Amedeo, simple foods, good wine selection, and good price.

I recommend a mountain bike for this ride since there are several small roads that are not well paved. If you wish the gpx file for this route email me.·

This if route is suitable for an cycle tourist - (not a beginner route) Soave is a nice place to have some relax and way for you as you take a ride.

This route passes several good wine producers, if you have a chance stop and visit.· 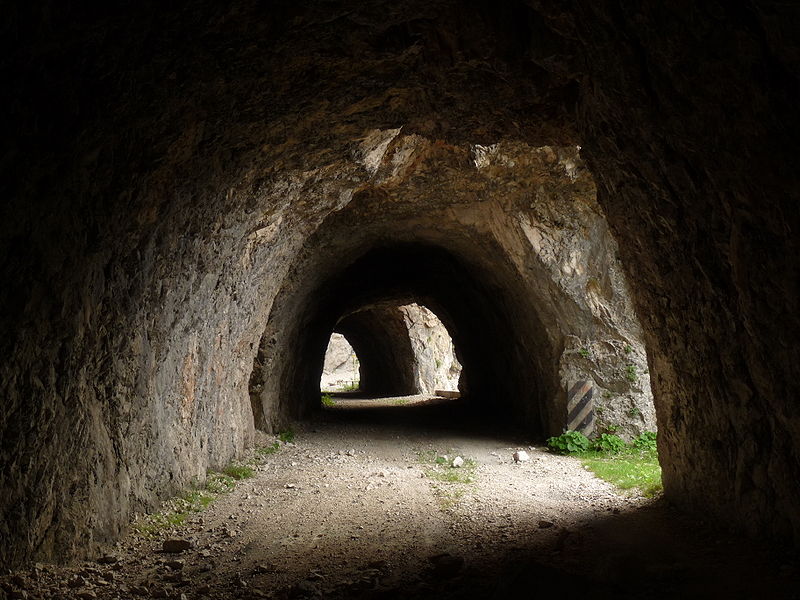 Vallico della Fricca is a dirt track located in the Venetian Prealps, in the Vicenza Province, Veneto Region, connecting the Val d'Astico and Lavarone, in Trentino. The old road is a gravel route, now closed to cars, up to Centa San Nicolò. The road is tightly hair pinned winding mountain ride with sharp with blind curves and hairpin switchbacks leading you over the mountains.

This road is usually open all year, but during winter months, it can be closed when the access is not cleared of snow. In the winter, avalanches and heavy snowfalls can sometimes block some sections of the road and can be extremely dangerous in winter due to frequent patches of ice. Conditions can change quickly and be harsh, particularly during winter.