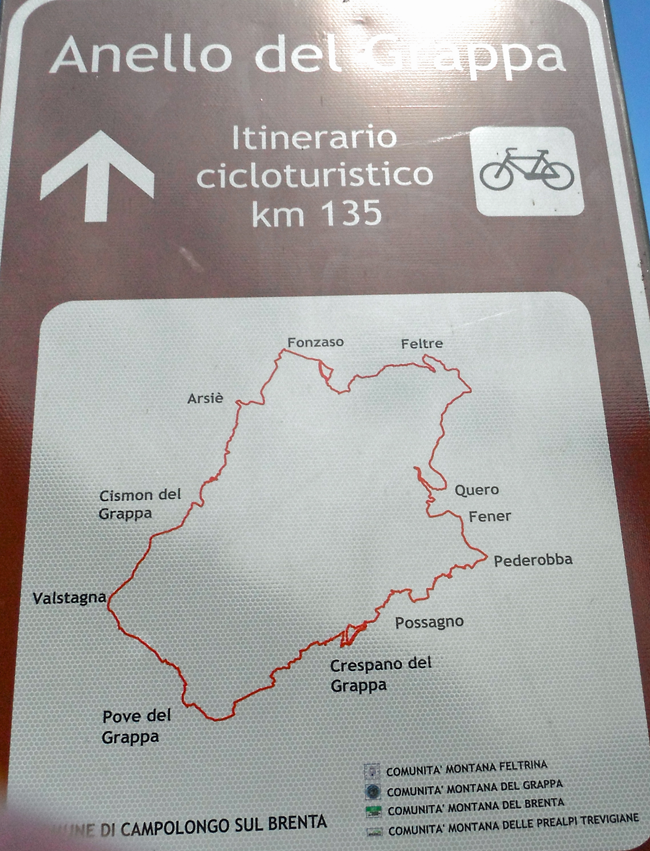 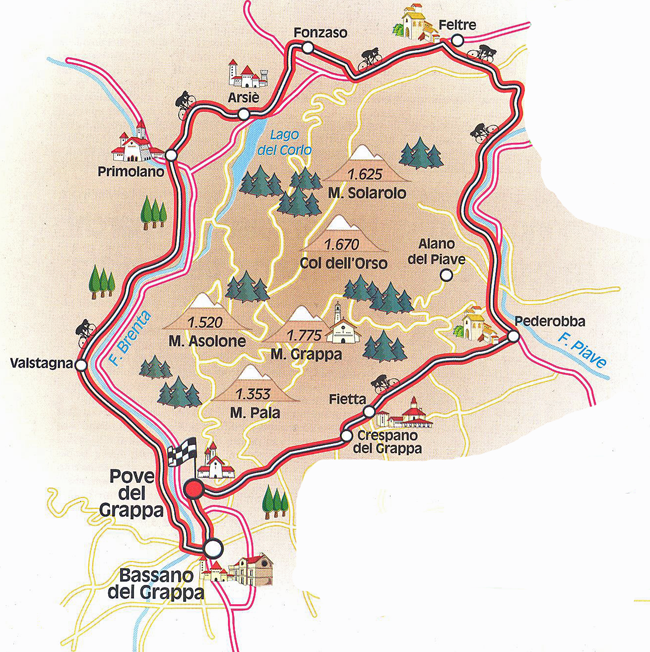 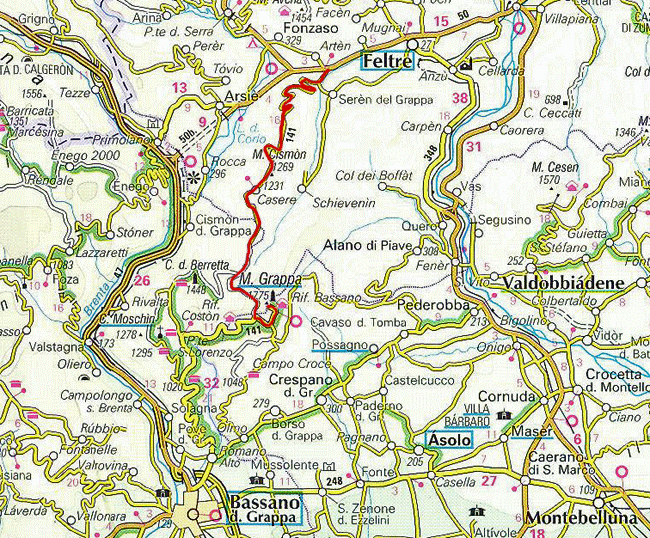 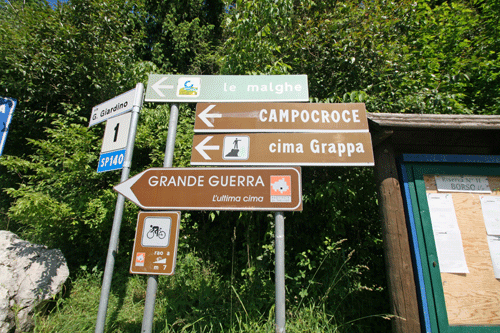 BIKE TOURING Monte Grappa: One of the best middle mountains climbs in the Prealps of the Veneto, route 2 bike climb is from Semonzo, in Borso del Grappa (TV).    This road is called the 'Giardino Road' (strada Giardino) and is a 20 km ride with a medium grade of 8%, the max grade encountered is 14%. The road was Built in 1918 for General Giardino, Commander of the Grappa Army Group and was originally 5.50 meters wide and was used as an alternative for moving troops and supplies quickly to the front. The strada Giardino was built because the Cadorna road was exposed to enemy fire at some points.

(If you are riding the 10 route challenge you get your Stamp at Locanda TILLY's.)

Riding up to Monte Grappa starting from the village of Sermanzo is one of the climbs used in the 2010 Giro d'Italia.  For years these rides have been seen as an end of season goals, ultra-challenging climb days, and training grounds for the upper elevations.

THE ROUTE CAN BE BROKEN INTO THREE SPECIFIC BLOCKS: 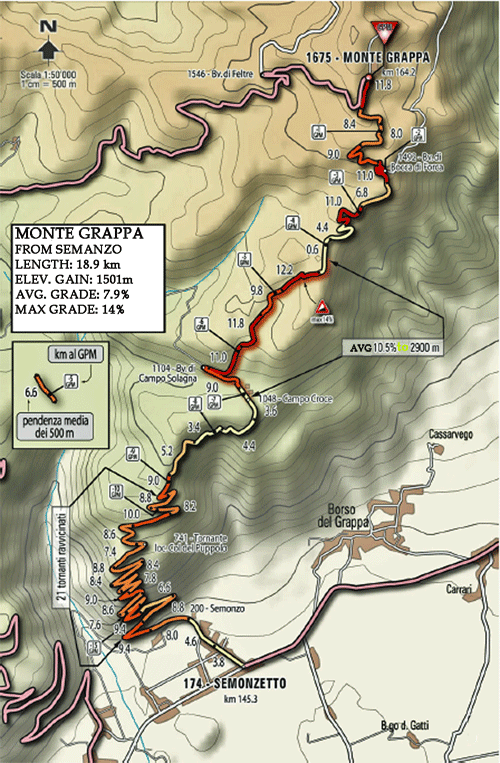 SECTION 1: On the main road you will see the brown tourist sign to Cima Grappa, this is your key word sign for the entire ride.  The climb officially starts at the church of Semanzo and for the next 6 to 7 km you will be riding in the woods and conquering switch backs.  It is very important not to push hard during this first section.  Average grade is around 8% and you will work your way up to turn 20. 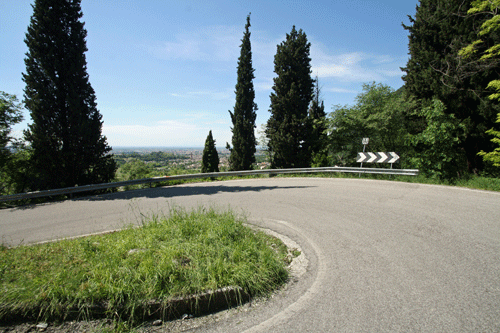 Many of the right hand turns offer you a great view of the Vicenza Plain and in the distance you can see the Euganei and Berici Hills. 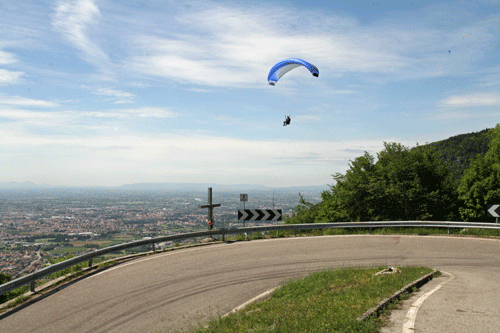 This part of the mountain is popular for para-sailing, the steepness of mountain and warm winds from the sea gives gliders a great up-lift. 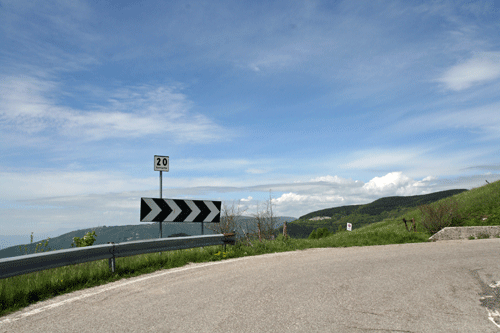 Turn 20 marks the end of the first section.  Keep in mind that if you are running low on water, stop at the Restaurant 'Deltapiano' (around 890 meters) to fill up otherwise you will run into problems later.

SECTION 2: This section will help you make up some time, but it also has one of the hardest sections at 14%. 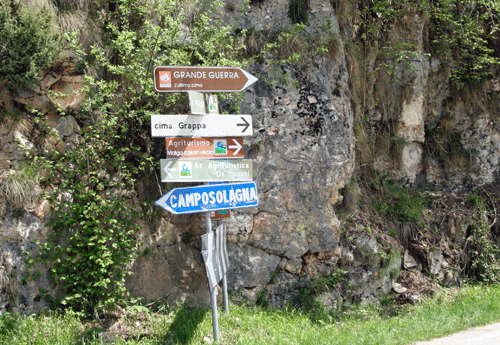 At turn 21 you will continue right following the white Cima Grappa sign. 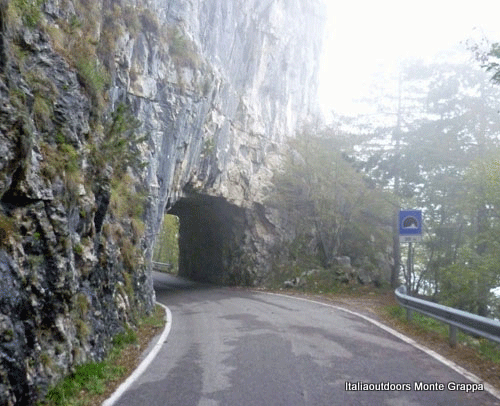 There are a few short down hill sections and you pass through two rock tunnels. Both very short and but look out for descending rides or cars. 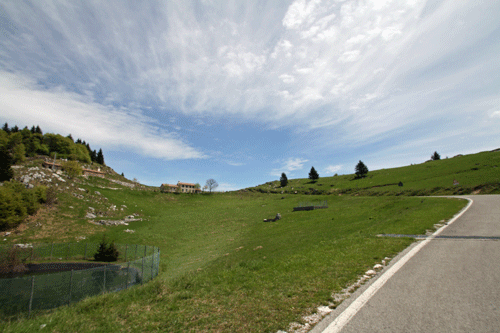 From Malga Campocroce to the 1360 meter you encounter the hardest section of the climb, a 2 to 3 km stretch with an average grade of 10% and one section of 14%.

SECTION 3: At 1360 meters you crest a small rise and finaly get to see the top of the climb.  From here there is a short down hill and contour before working your way up the last wall of the climbs.  In the valley below you can spot the Piave River and the Asolo hills. 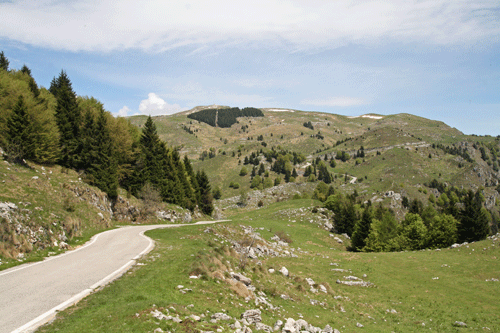 You Can See The Top!! 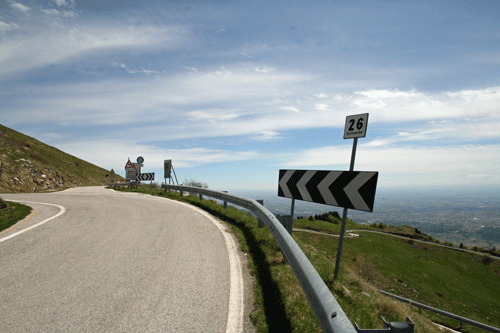 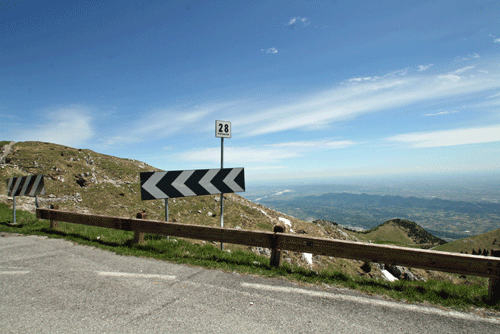 The end of the climb.  Once you round the turn there is a short ramp that intersects with the main route where you can descend or turn right and continue another 1 km to the summit.  The last section to the summit very ride-able at 7%.  At the top there is a Refugio where you can grab a bit to eat before you continue your adventure.