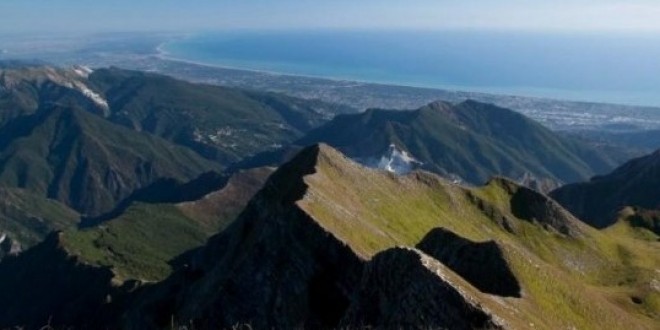 The Colline Metallifere (Metal-bearing Hills) are a mountain-hill group in the Tuscan Antiapennine, in central Italy. The range runs through four provinces: the southeast part of Livorno, the southern part of Pisa, the southwestern part of Siena and the northwestern part of Grosseto. Excluding the Poggio di Montieri and Cornate di Gerfalco peaks (both over 1,000 m), the majority of the range is hilly and rich in various local minerals. The area between Pisa and Grosseto is noted for its geothermal energy which manifests in sulfur geysers.

It also includes geothermic energy sources, part of which used in ENEL power plants at Larderello and Lago Boracifero. Rivers include the Cecina, the Cornia and the Merse. The metal resources of the Colline Metallifere were exploited since ancient times by the Etruscans: production reached its peak in the mid-19th century, declining quickly however afterwards. The numerous railways serving the mills are now mostly suppressed.

During Etruscan times, the Metallifere hills were known for their mineral outcrops; extraction continued for centuries and reached its peak in the second half of the 19th and first half of the 20th centuries before it began to rapidly decline. In order to service the mineral mining, a railroad route was built. It is now almost completely defunct.