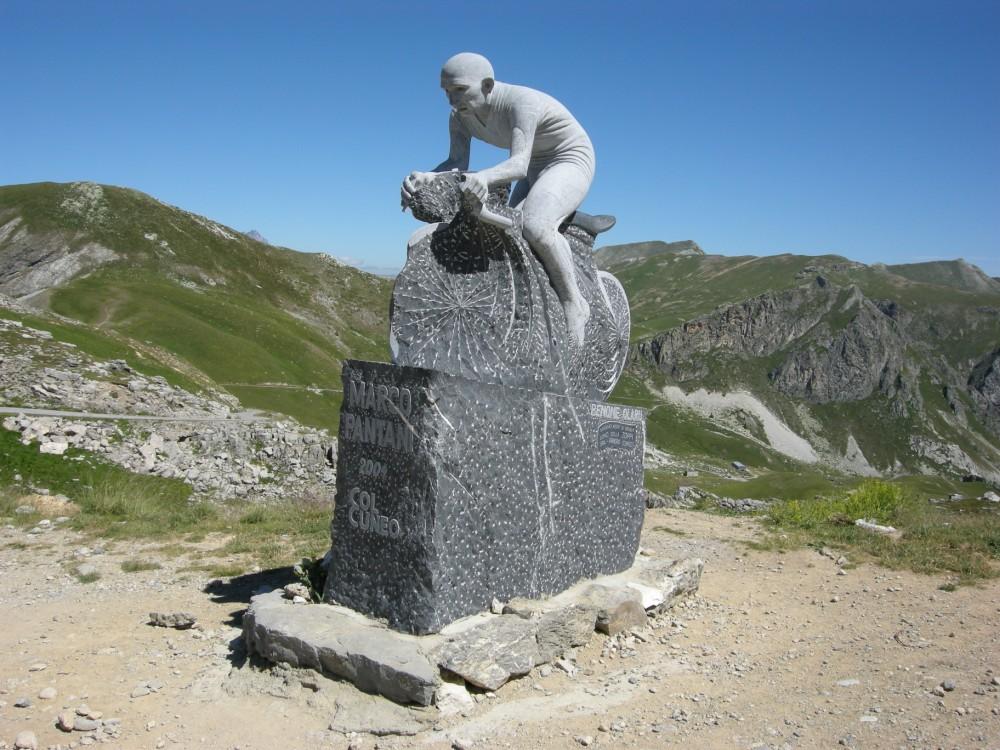 The Colle Fauniera or Colle Pantani (also known as Colle dei Morti, "Hill of the Dead") is located in the Cottian Alps,  Piedmont Region, at a 2,511 m altitude. It is part of the communal territory of Castelmagno and Demonte. Colle Fauniera connects the Valle Grana with the Vallone dell'Arma. The name Colle dei Morti stems from a fierce fighting occurred in the region during the 17th century between Franco-Spanish and Piedmontese troops.

To ride Colle Fauniera you can either start in Demonte (780m) (Valle Stura) to the southeast; from Ponte Marmora (944m) (Valle Maira) to the north, or from Pradleves (822m) (Valle Grana) to the east or further down at Valgrana (638m). The road was fully asphalted first in 1999 for the Giro d’Italia and has since been used another time (2003).

This is one of the most beautiful pass roads in the Alps and it is also usually quiet and has little traffic. Not so many tourists find their way up here, but there is  more each year.  You only company that the pass could be the large population of  marmottes, and alpine flowers. Make sure to bring water with you, there are few water points at higher elevations. The road is very well surfaced, but also very narrow.

On the summit there’s a monument dedicated to the great cyclist Marco Pantani, in memory of his epic climb on the Giro of Italy’99 through the steep climbs of the Col. Communal Council Castelmagno in the Italian Piedmont decided to rename the mountain pass and give the official name of "Colle Pantani."