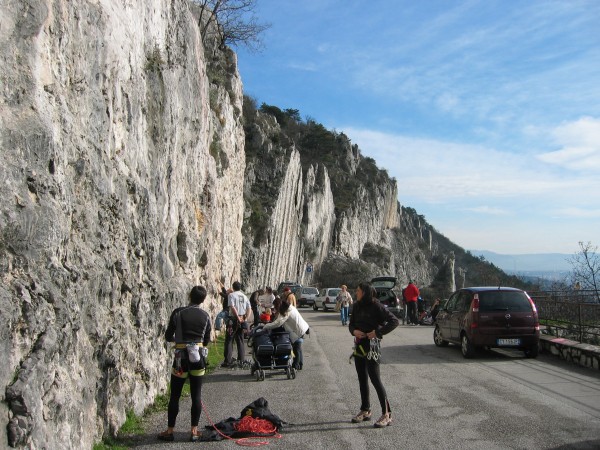 The Friuli Venezia Region is a great location for a climbing vacation.  Many of the classic cliffs are along the Adriatic coastline, and if you hear to Erto or across the border to Osp you will find climbs in much more challenging.

This region consists of a flat area, close to the Tagliamento river and to the Adriatic coastline, with its plain and lagoons; of a pre-Alpine part with the Carnic Pre-Alps and of an Alpine Part, which includes the Carnic and Julian Alps. Until 1947, this area was known as Venezia Giulia. At the end of the Second World War, it underwent great changes following the transfer of the Fiume and Pola provinces and of wide parts of the areas of Gorizia and Trieste to Slovenia. By the Agreement stipulated in 1954, the `An area' of the Free Territory of Trieste passed to Italian administration, a passage ratified in 1975 by the Treaty of Osimo, which officially recognized the `B area' as part of Yugoslavia.

If you can get to one of the sites I have listed: be sure and buy the local guidebook, especially if it is being sold by someone who has bolted routes in the area. The routes I recommend and routes I have tried over the years, I cannot tell you how some of the routes are now since I do not climb at the same level.