The Mountains Of Italy | Apennine

The Apennines are the long system of mountains and hills that run down the Italian peninsula from the Cadibona Pass to the tip of the Calabria Region and continue on the island of Sicily. The range is about 1,245 miles (2,000 km) long; it is only about 20 miles (32 km) wide at either end but about 120 miles (190 km) wide in the Central Apennines, east of Rome, where the “Great Rock of Italy” (Gran Sasso d’Italia) provides the highest Apennine peak (9,554 ft [2,912 m]) and the only glacier on the peninsula, Calderone, the southernmost in Europe. 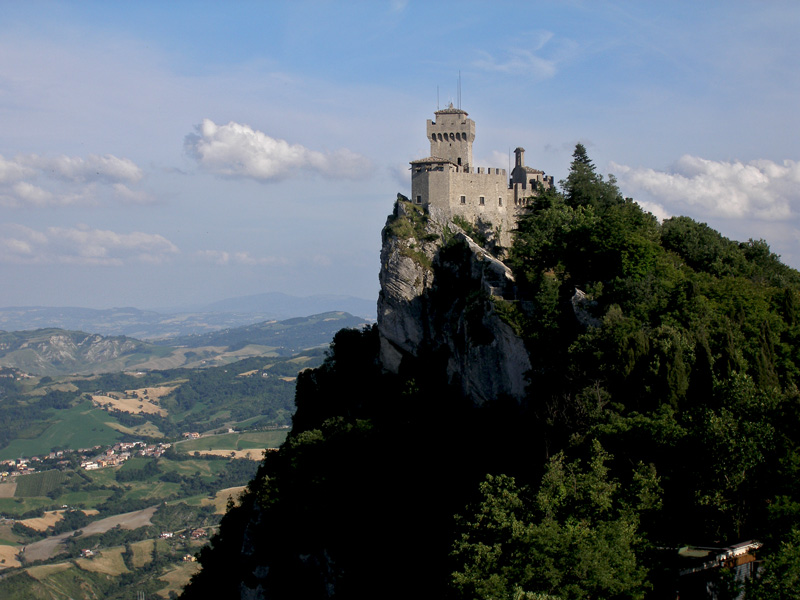 The system forms an arc enclosing the east side of the Ligurian and Tyrrhenian Seas. They are mostly verdant, although one side of the highest peak, Corno Grande is partially covered by Calderone glacier, the only glacier in the Apennines. It has been receding since 1794. The southern mountains are semi-arid. The eastern slopes down to the Adriatic Sea are steep, while the western slopes form foothills on which most of peninsular Italy's cities are located. The mountains tend to be named from the province or provinces in which they are located; for example, the Ligurian Apennines are in Liguria. As the provincial borders have not always been stable, this practice has resulted in some confusion about exactly where the montane borders are. Often but not always a geographical feature can be found that lends itself to being a border.

The Apennine mountains comprise predominantly sandstone and limestone marl (clay) in the north; limestone and dolomite (magnesium limestone) in the centre; and limestone, weathered rock, and Hercynian granite in the south. On either side of the central mass are grouped two considerably lower masses, composed in general of more recent and softer rocks, such as sandstone. These sub-Apennines run in the east from Monferrato to the Gulf of Taranto and in the west from Florence southward through Tuscany and Umbria to Rome.

The Monferrato range is separated from the main Apennines by the valleys of the Arno and the Tiber rivers. At the outer flanks of the sub-Apennines, two allied series of limestone and volcanic rocks extend to the coast. They include, to the west, the Apuane Alps, which are famous for their marbles; farther south, the Metallifere Mountains (more than 3,380 ft [1,030 m]), abundant in minerals; then various extinct volcanoes occupied by crater lakes, such as that of Bolsena; then cavernous mountains, such as Lepini and Circeo, and the partially or still fully active volcanic group of the Flegrei Plain and Vesuvius; and finally the limestone mountains of the peninsulas of Amalfi and Cilento. The extensions on the Adriatic coast are simpler, comprising only the small promontory of Mount Conero, the higher peninsula of Gargano (3,465 ft [1,056 m]), and the Salentina Peninsula in Puglia. All these are limestone.

The Apennines are divided into three sectors: northern, central, and southern. A number of long hiking trails wind through the Apennines. Of note is European walking route E1 coming from northern Europe and traversing the lengths of the northern and central Apennines. The Grand Italian Trail begins in Trieste and after winding through the Alpine arc traverses the entire Apennine system, Sicily and Sardinia.