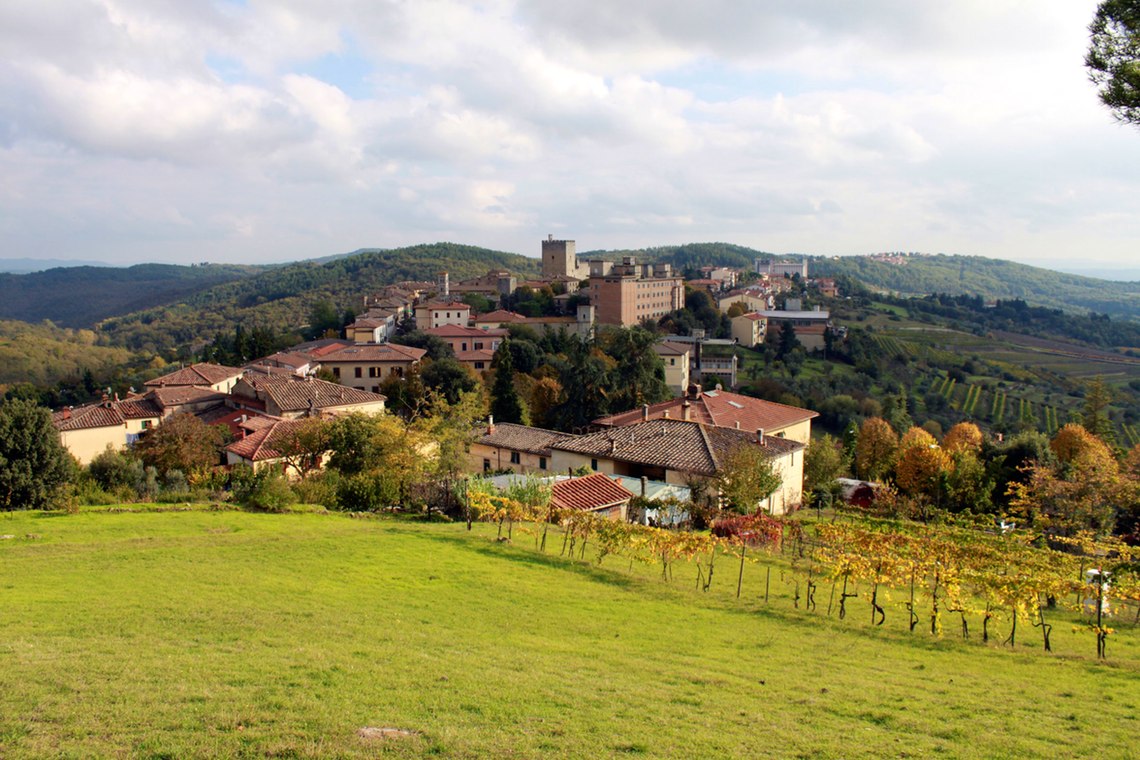 Castellina is a town full of thick woodland and beautiful wild plant species Castellina in Chianti. The many archaeological finds unearthed in this area attest to human presence here from the end of the VII century BC. At this time, the area was an important crossroads between the Etruscan communities on the coast (at Vulci, Vetulonia and Roselle) and those further north, as well as being well connected with the ports on the Adriatic coast which connected Italy to the Orient.

One of the most important Etruscan monuments that remains from this period is the Tumulo di Montecalvario, just outside the town. It is made up of four tombs which face the four points of the compass. This set of tombs was uncovered in the XVI century and consequently has been thoroughly pillaged over the years. Nonetheless, in 1915 several iron and bronze decorations were uncovered from the site, as well as bronze that apparently came from a kind of military vehicle.

Further north, towards San Donato in Poggio, there is an ancient acropolis with a well that still works today.

A smaller necropolis has also been found near Poggino. It contains funeral decorations and various objects from the VI century BC. Many such artefacts are conserved in the Antiquarium which is housed in the XVI century Rocca Comunale at Montecalvario.

It seems that the area was inhabited by Romans and then was abandoned in the I century BC after a devastating fire. The next we hear of Castellina is in 1220 when a deed written by emperor Federico II conceded the town to the powerful feudal rule of the Counts Guidi. In the same century, the village became part of the Lega in Chianti (the Chianti League). This organisation was run from Florence and the town of Castellina was strategically important due to its position on the border with Siena. Consequently, an imposing fortress was built, parts of which can still be admired today.

In 1397, the town was taken over by the Milanese troops of Alberico da Barbiano. Half way through the XV century, it was Ferdinando d’Aragona’s turn to attack. The town resisted the siege for 44 days. In 1478, despite extra reinforcements carried out by the famous architect Sangallo, the town was invaded yet again, this time by the Duke of Calabria. In the XVI century, Castellina came firmly under the rule of the Medici family and grew into an important agricultural area. Many farms, farm houses and larger villas soon sprung up.