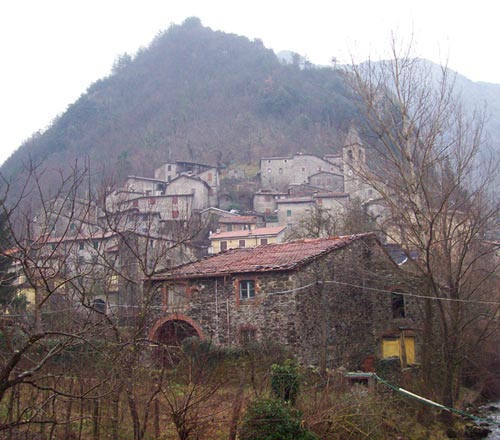 Fivizzano is the largest town in the Lunigiana area of the Carrara Massa Province of Tuscany. Known as ‘the Florence of Lunigiana’, the city represented a typical Medici-ruled town that characterized the rule of Medici Family in the northern part of Tuscany (along with Pietrasanta and Barga). This is evident in the public, private and clerical buildings. It then became part of the Grand Duchy of Tuscany until 1844, when it was given to the Duchy of Modena, which ruled the city until the unification of Italy. In 1920, the city was partly destroyed by a great earthquake.

Visitors to the historical town centre will be able to see the wonderful remains of the city’s ancient walls, built by Cosimo I de’ Medici in 1540. These walls are of particular interest, similarly to the walls in Caprigliola. The city has two gates in the walls: the Modenese Gate and the Sarzanese or Fiorentino Gate. Thanks to its strategic position, Fivizzano became an important market place and its square became the social centre of the city. After the destruction of the earthquake in 1920 parts of the city were rebuilt.

It can be reached by taking the SS63 road, which goes from Aulla to the Cisa Pass and then towards Reggio Emilia. The first written evidence of the town is in a document that refers to the Castle of Verrucola - given by the emperor Henry V to Ugo d’Este in 1077. Originally called ‘Forum Verrucolae’, the town began as a market place ruled by feudal lords. When the Malaspina familyarrived, the town’s name changed to Forum Fivezzani and then in 1477 it became Fivizzano when the town became part of the Republic of Florence.