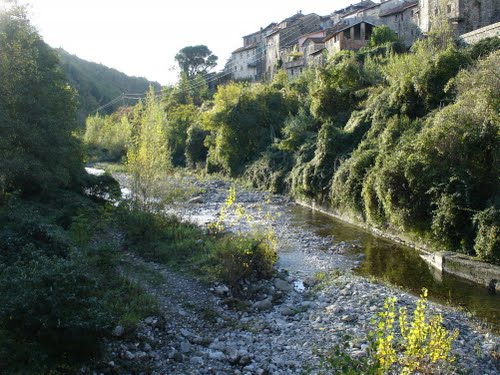 Casola in Lunigiana is located in the Carrara Massa Province of Tuscany. Casola, from the roman "Casuli", is the entrance to the Parco delle Apuane in the Lunigiana. A very rich landscape of natural treasures, which is situated above a peak in the high course of the rivers Aulella and Tassonaro, in a key position which unifies the two mountain chains: the Apennine and the Alps in a border zone between the Lunigiana and the Garfagnana.

The origins of Casola are very ancient; its valleys were inhabited as far back as the Iron Age. In the 9th century, Casola was a possession of the Bishop of Luni; in 1306, by a treaty between the bishop and the Malaspinas, witnessed by Dante Alghieri, it came under the control of the great house of the Magra valley. In 1496, the population of Casola sided with Florence and became an important podesterate and trade center. Casola was crossed by the Via del Volto Santo, a major variant for pilgrimage and trade, as testified by the remains of the hospice at Tea. It was a well-traveled thoroughfare, already in use in Roman times, that united Lucca with the roads of the Magra valley bottom and the communications node of Aulla, with its powerful Abbey of San Caprasio.

The fortress was built around the 15th century near a castle that today shows only remains of a tower and walls. The ancient Palazzo comunale is the home of the Territorial Museum of the Aulella high valley, which tells the story of Lunigiana from the Palaeolithic to the present. Along the road linking Val di Magra to Garfagnana was built the Hospital of Tea, representing the place where traders and pilgrims stayed when they crossed Casola. The old town is well worth a visit and offers a variety of palaces, portals, medieval and renaissance shops. Nearby, you can visit the Codiponte and Offiano Parishes, the San Lorenzo Parish Church and the Sanctuary of Minucciano in Garfagnana and the wonderful villages of Regnano,