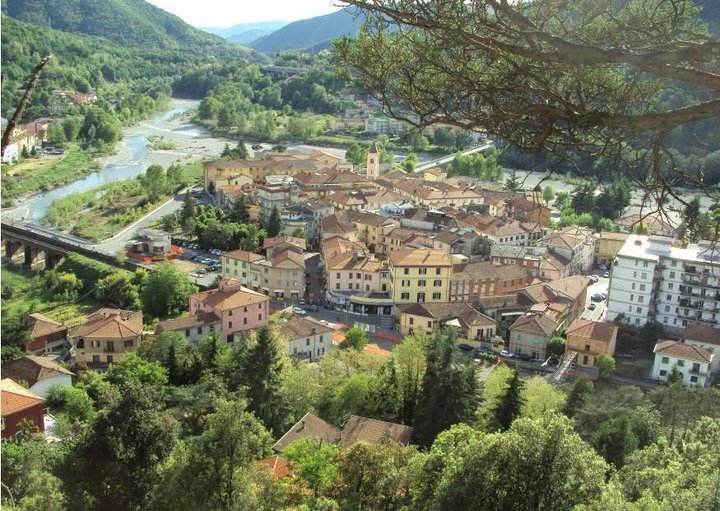 Sulla is a small town in the Massa Carrara Province of the Tuscany Region, rich with cultural history it is now mostly forgotten by most visitors to Italy. Aulla was built to defend the bridges and roads leading into the region of Lucca, Liguria and to the Cisa Pass. During the years of the Via Francigena Aulla was the liveliest center in the Lunigiana.  Sitting at the confluence of the Magra river and its tributary the Aulella, Adalbert of Tuscany erected a castle, houses, storehouses for merchants and traders, and an abbey for hosting the pilgrims of the Via Francigena.

The historic center, which was almost entirely razed by World War II bombings, is the site of a marble fountain built in the year of Italian unity, a stretch of city walls with embrasures, and the palace that belonged to the Centuriones of Genoa, to the Malaspinas, and - finally - to the governors appointed by the duke of Modena. During the period of Modena’s dominion there remains the only notarial archives deposited by law in a commune: about two thousand volumes of documents drawn up in Modenese Lunigiana from the 15th through the 19th century.

Another totally unsuspected discovery is the Abbey of San Caprasio, with its archaeological digs, the monumental tomb of the saint, and the chapter hall that narrates the story of the abbey through the testimony of pilgrims, precious medieval sculptures, and many daily objects. Here, the visitor will meet the saint who inspired Provençal monasticism and was its spiritual guide, and see his relics, now preserved under the high altar, and the precious stuccowork reliquary in which they were kept. The relics were rediscovered a thousand years after they were hidden to protect them when the territory was invaded by the infidels who landed on the beach of Luni.

High up on the Brunella hill stands the massive fortress ordered built by the Centuriones of Genoa; it may have been conceived by Giovanni delle Bande Nere, whose intention it was to make Aulla the capital of his seigneury. Today, the fortress is the home of the Museum of Natural History; in the park, planted by the English owners in the early 1900s, there is an interesting  botanical nature path.

In the surrounding area, Pallerone hosts a spectacular mechanical nativity scene in one tower of the Malaspina castle, open all year round; Bibola and Vecchietto regale the visitor with enthralling panoramas of the Apuans along the path of the Via  Francigena, a trail that can be walked from Aulla to Sarzana in six hours. Continuing along the Cisa state road toward Sarzana, you will find the sanctuary of the Madonna degli Angeli, a medieval hospice and retreat where you mayread the story a nobleman from Pontremoli who was saved by intercession of the Virgin from an attack by the highwaymen who terrorized the Strada delle Lame. The elegant hamlet of Caprigliola, with its mighty Medici walls and the medieval tower of the bishop-counts of Luni, rises on a hill that surveyed the Roman Via Aurelia, the Via Francigena, and the Way of Saint James. The remains of the Ponte della Bettola, hidden by the willows that grow in the bed of the Magra, was ordered built by Florence and the Bishop of Luni in the 15th century after the tragic drowning of a group of pilgrims on their way to Spain.