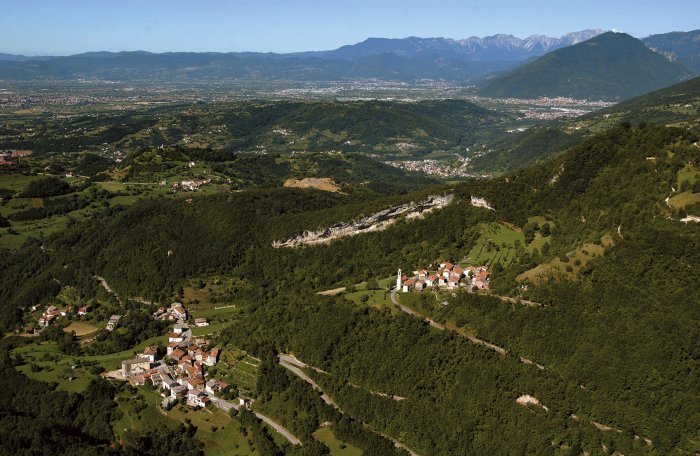 Lusiana (“Lusaan” in Cimbrian) is located in the South of the Plateau, in that part of the mountain that gently slopes down, overlooking the Venetian Plain.

The natural beauty and the long history of the region lead to the creation of an Ecomuseum. The other sites worth seeing are: the Park of Sojo in the village of Covolo (with exhibitions of contemporary art between woods and lawns), the educational Valley of the Mills, the Ethnographic Museum, the Prehistoric Village of Mount Corgnon, the Alpine Botanical Garden of Mount Corno and the Trail of Limestone. 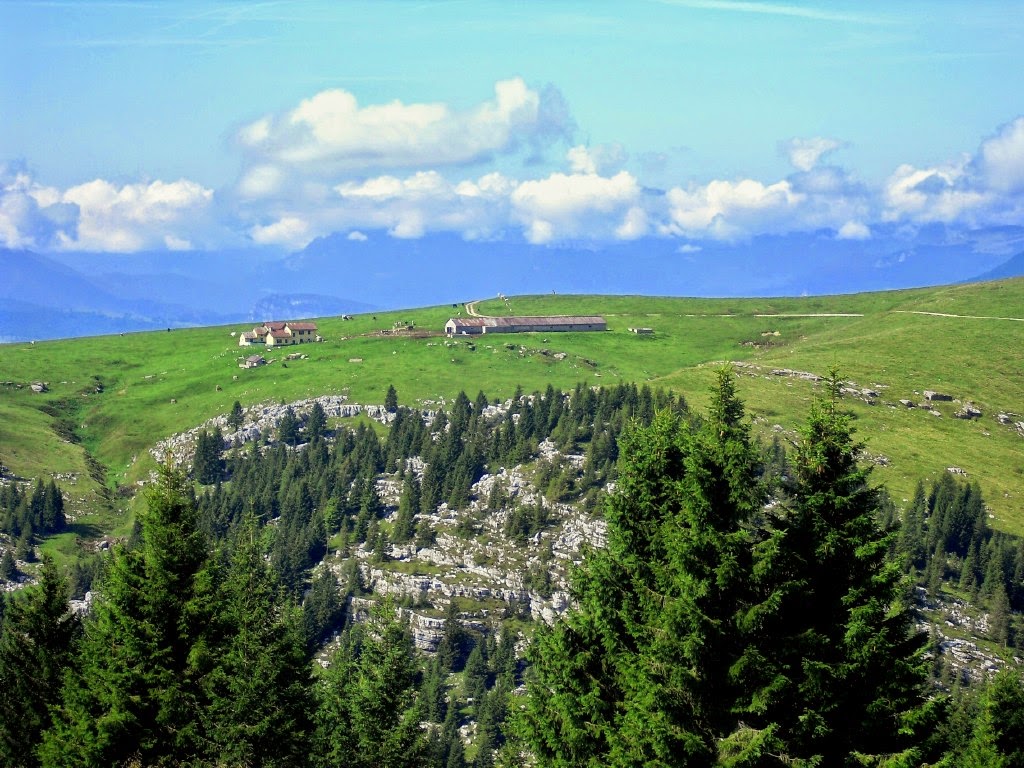 Gallio (“Ghel” in Cimbrian) is located in the central basin of the Plateau together with Asiago and Roana.

The town offers modern ski resorts, equipped with facilities for down-hill skiing - in the areas of Melette and Valbella - cross-country skiing - in Campomulo - and ski jumping - in the Packstall Valley.

You can go hiking along the Path of Silence or the trails in the Valley of Mills, and through the forest of Val di Nos. In Gallio you can also visit the Fossil Museum, where the artefacts from very early ages of the Plateau are presented.

Gallio is also famous for the local Christmas markets, an old tradition, reborn again in our days.

Stoccareddo represents one of the most interesting peculiarities of the territory of Gallio: the inhabitants of this village, due to their exceptional health and immunity to many diseases, become the subject of medical and scientific studies. 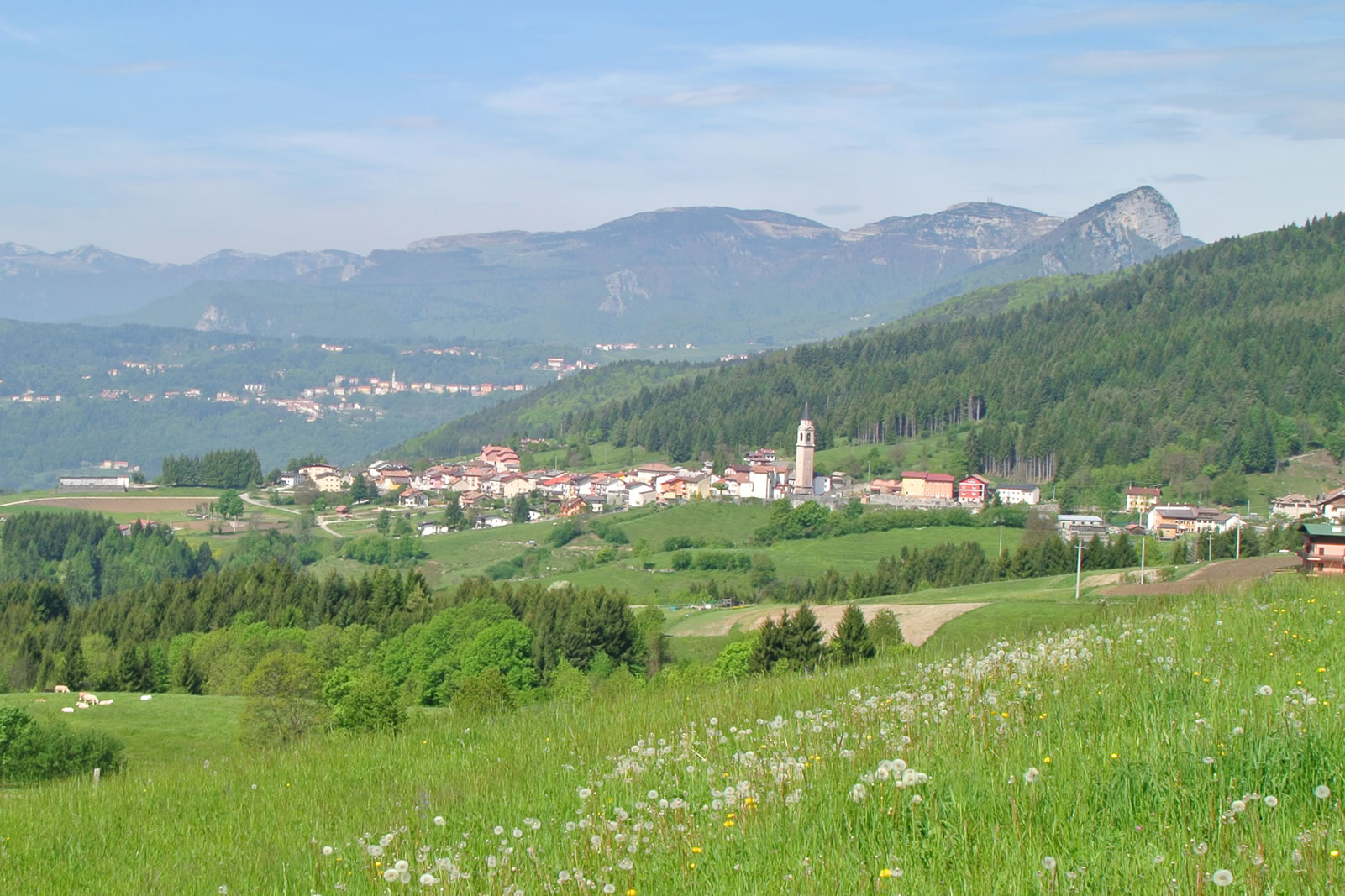 Here you can still find some places where the old legends live and tell us about the history of the region, as for example the Altaburg and the Altar Knotto.

Built around the year 1000, the Church of Saint Margherita is considered to be the oldest church of the Plateau.

Rotzo is famous for cultivation of potatoes of an exceptional quality. Every year on the first weekend of September the “Potato Festival” takes place.

The enthusiasts of cross-country skiing can find beautiful trails in Campolongo. 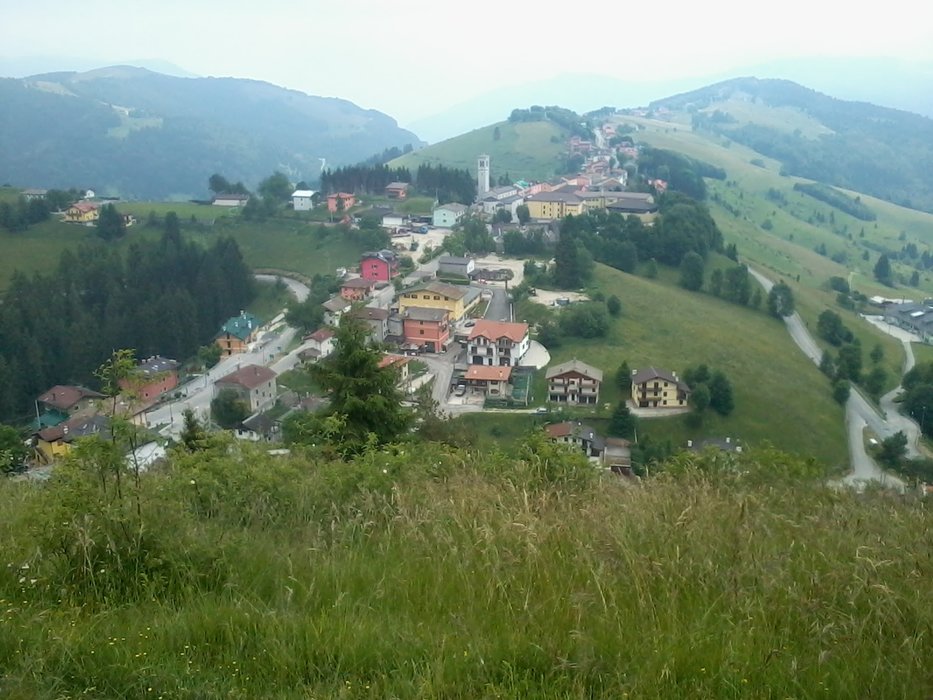 The small town of Foza (“Vüsche” in Cimbrian) is located on the eastern side of the Plateau. Its territory offers many opportunities for hiking enthusiasts, who can visit attractive trails on Mount Bandenecche and Mount Fior and see the remains of the battlefields and trenches of the Great War.

The Valgadena Bridge connects Foza to Enego. This bridge is 175 metres high and is one of the highest viaducts in Italy. From its parapet, you can try bungee jumping, making a jump of 165 metres.

One of the most fascinating events in Foza is the ancient Feast of the Assumption celebrated every five years (next time it will take place in 2016). 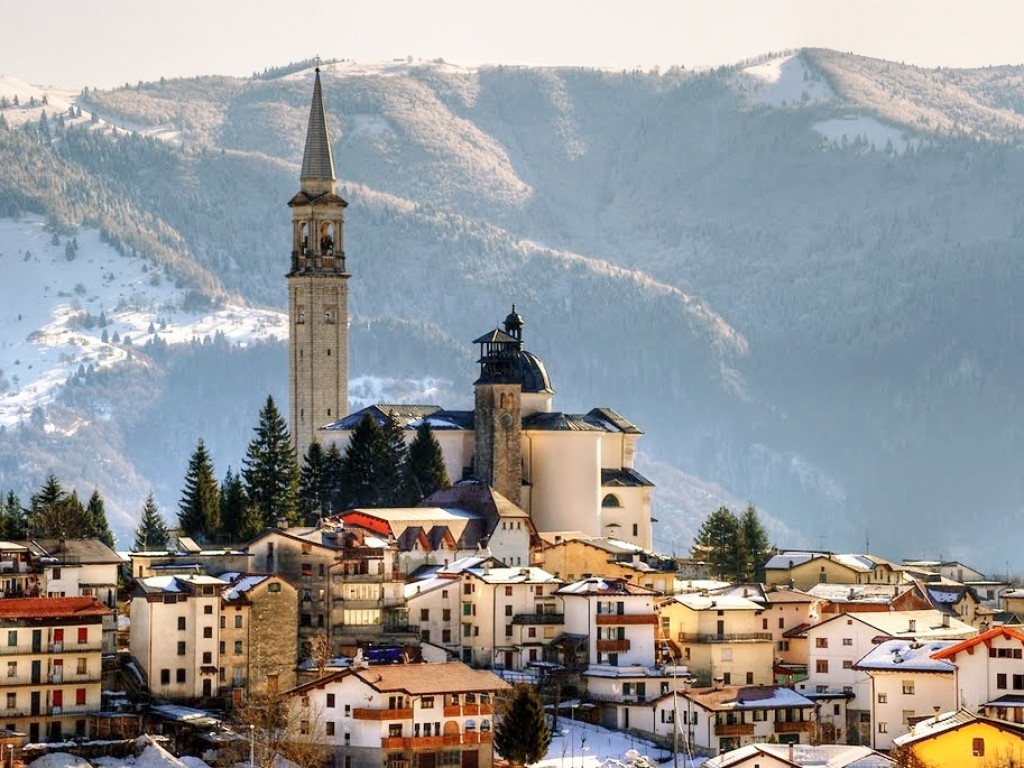 The town of Enego (“Ghenebe” in Cimbrian) is located in the North-West of the Plateau. In the centre of the town square you can still admire the Scala Tower. Built around 1300, it is the only tower left of the four that were part of the castle belonged to the Scala Family and used by these nobles as a summer residence.

The cathedral in Enego is dedicated to Santa Giustina. From the top of its staircase you can see the whole town. Designed by the architect Francesco Menegazzo in a neo-classical style, it has two bell towers on its sides: one original, and the other one built after the Great War. Inside there is an altar piece by Jacopo Da Ponte, depicting Saint Giustina with Saint Anthony Abbot, Saint Sebastian and Saint Rocco.

There are also still few remains of the old Bastia, a small fortification built by the Romans to defend Vicenza. Today only the base of the tower remains, filled with earth.

Not far from Enego, on the territory of Grigno Valsugana (province of Trento), you can find the Grotta di Ernesto (“Cave of Ernesto”). The karst cave, formed as a result of erosion performed by groundwater, was discovered by chance in 1983 and represents today an archaeological site of great interest, due to the remains found here that testifying the presence of men in the cave. To see the cave, follow these directions: if you drive from Enego, you should take the turn for Frizzone (TN) and follow the signs to Stivai; you can park at the Trattoria Bellavista. The cave is accessible only by guided tours. Here you can make a reservation for visiting the cave:
- in July and August per Tel: 330 521420 (Trattoria Bellavista)
- in May, June and October per Tel: 0461 233730 (Office of Archaeological Heritage of Trento) or Tel: 0461 305040 (Tridentine Museum of Natural Sciences).

Enego is located on the territory of the Marcésina Valley, one of the most fascinating places on the Asiago Plateau, an endless stretch of green plains, unique and untouched, full of meadows, bogs and vegetation, where there are even species of a carnivorous plant. In winter, the vast plain offers plenty of beautiful trails for cross-country skiing.

In the village of Valmaron you can practice down-hill skiing.

In Enego, there are also the Forts of Coldarco and of Lisser, built during the First World War. To reach the Enego region you cross the Valgadena Bridge. This bridge is 175 metres high and is one of the highest viaducts in Italy. From its parapet, you can try bungee jumping, making a jump of 165 metres.