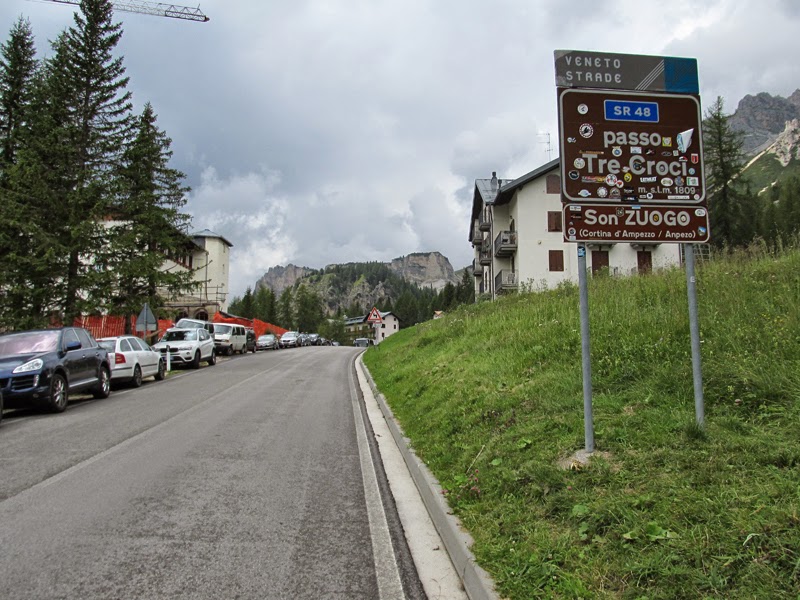 Passo Tre Croci (1,805 m; Són Zuógo in Ladin) sits between the Cristallo Group to the north and the Sorapiss Group (3,205 m) to the south. This relatively low pass connects the Boite valley and Cortina d'Ampezzo with Misurina, Auronzo di Cadore and the val d'Ansiei, in the Belluno Province. At Passo Tre Croci there are some military structures (bunkers) from WW1, that were part of the ‘Sbarramento Passo Tre Croci’ of the ‘Vallo Alpino’; a defensive line that ran all through the eastern Alps, close to what was then the frontier with Austria. From the pass two paths depart to Rifugio Vandelli, in the Sorapiss group.

The Pass was actually renamed after 1789 to Passo Tre Croci or Pass of the Three Crosses after a monther and her two sons died there.  The family was trying to make thier way from Auronzo di Cadore to Cortina but were caught in a storm and died of cold and exposure.