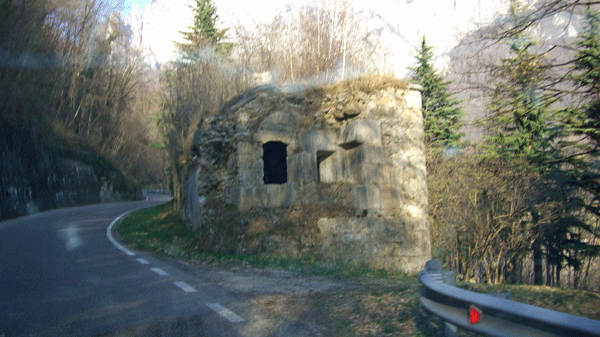 In the Vicenza Province sits Piccolo Dolomite mountains that were part of the battle lines of the First World War. Now in more modern times these same mountain roads that were once used to carry supplies to troops on Pasubio and the passes to Trento, have become part of the history of cycling. 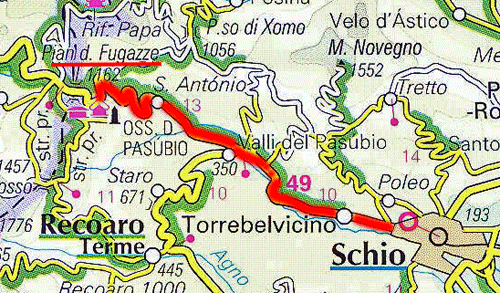 Many heroic climbs and adventures have been made up these epic climbs, one of the most famous was made by Gino Bartali, on the route from Schio to Pian della Fugazze.  The actual climb is 11 km in length and starts just before the last township of Valli del Pasubio.  The climb starts at a gentle grade but soon the game is on and as the incline increases.  Not one of the hardest climbs in the area, but this challenging endeavour will leave a lasting impression on the biking soul.

Riding in the area around Mt.Pasubio is like opening a history book.  Prior to 1918, this mountain mass marked the frontier between the Republic of Italyand the Austrian-Hungarian Empire.  During the Great War numerous trails and roads were carved in the mountains in order to move troops to the front.  One of these roads now leads us up to Pain della Fugazze a great itinerary for cyclist as well as a wealth of cultural and natural attractions for the visitors. In the area you can climb some of the classic climbs of the Piccolo Dolomites, go horse back riding, hike the 52 tunnels of Pasubio utilized to re-supply troops during the war, mountain bike trails, or just relax and enjoy the fresh mountain air.

GETTING TO THE CLIMB

BY TRAIN: You can get to Schio by train from Vicenza, from Schio it is 23 km to the pass.  The first section of the road tends to have some traffic and trucks.  After you get to Valli dei Pasubio the traffic very light and this is also where the climb starts. 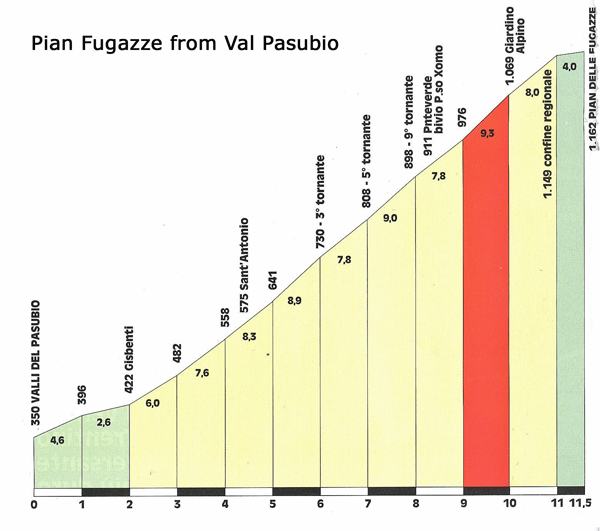 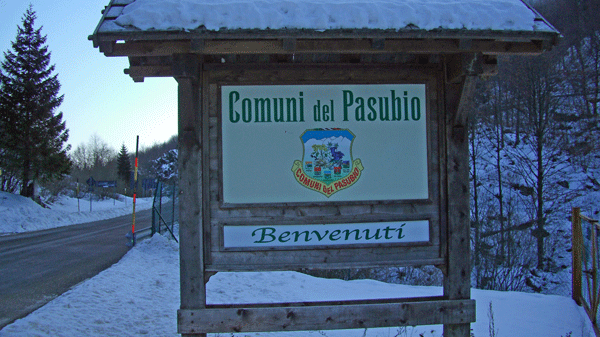