MOUNTAINEERING HISTORY OF THE DOLOMITE MOUNTAINS 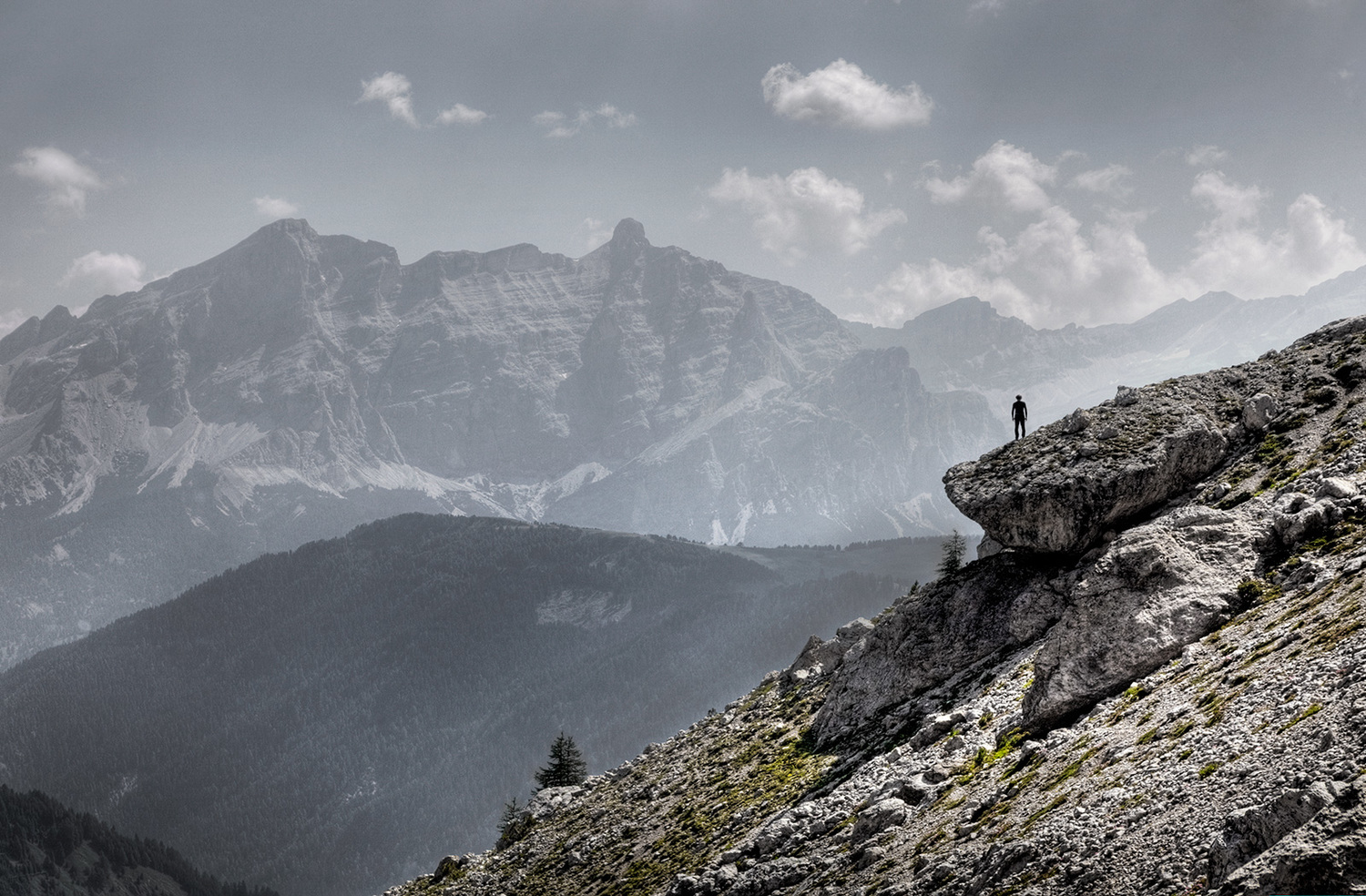 The magic of the Italian Dolomite's originates from the sea: the fossils found here bear testimony to this. The landscape of the Dolomites is varied, with wooded valleys and the lush green meadows, above rise the imposing dolomitic towers and a more hostile area. It is a landscape conducive to fantasizing: the kingdom of elves and pixies, trolls and witches. The alpine folk went into the mountains for various reasons: hunting, wood cutting and farming. However, these activities did not involve the climbing of mountain peaks which were looked upon, as sacred and inaccessible places. The undescribable colours that tinge the mountains in the morning light can only enhance this enchanted world and render it even more fantastic.

It is in this awesome setting that an English man named John Ball, conquered  the Dolomites with the ascent of the Pelmo in the second half of the 18th century. Interest in mountaineering began long before Ball's climb of Pelmo, in the Western Alps in 1760 Mount Blanc was conquered: this bought event brought mountaineering into a specialized league of its own.  There is no written documentation of the first ascent of the Dolomites but it is accepted knowledge that it was made in the Marmolada Group in 1802 by by a group of local priests. However, mountaineering in the Dolomites became very popular towards the mid 18th century.

After Ball's ascent Francis Fox Tuckett and Leslie Stephen two other English gentlemen and pioneers in mountaineering, dedicated their time and energy to the exploration of the Trentino Dolomites, including the Brenta Dolomites.   German, Austrian and Italian mountaineers soon followed in the discovery and conquest of the untouched peaks. From then on the Dolomites have been a much sought after terrain for some of the best Italian and European climbers: Messner, Cassin, Detassis, Maestri, Comici, Bonatti, Tito Piaz are just a few and all have left their mark on the Dolomites.    Even nowadays, the “ pale mountains” attract millions of mountaineers from all over the world, some are content to repeat the routes opened by famous climbers of the past, others endeavour to open new ones.

The Dolomites offer a truly spectacular stage on which to play and the less harsh climate, according to Motti, make them a Paradise for mountaineers:

When the Dolomite peaks were conquered