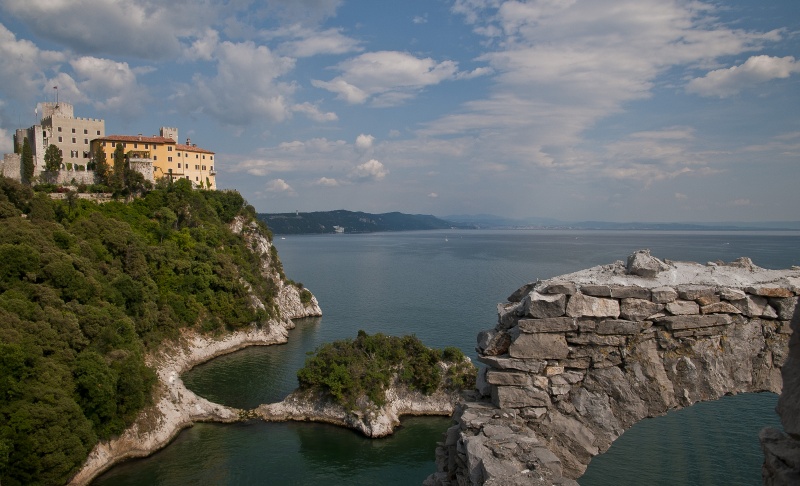 Duino is a town and castle at the Adriatic coast in the municipality (comune) of Duino-Aurisina, part of the region of Friuli–Venezia Giulia in the province of Trieste, northeastern Italy. The two Duino castles are the main attraction. The older castle, dating back to the 11th century and which belonged to the patriarchy of Aquileia, is in ruins, while the newer Duino Castle dates back to 1389, is inhabited to this day and can be visited by tourists. Below the ruins of the ancient castle there lies a white rock projecting into the sea, the Dama Bianca, which resembles a veiled woman and gave origin to many gothic legends.