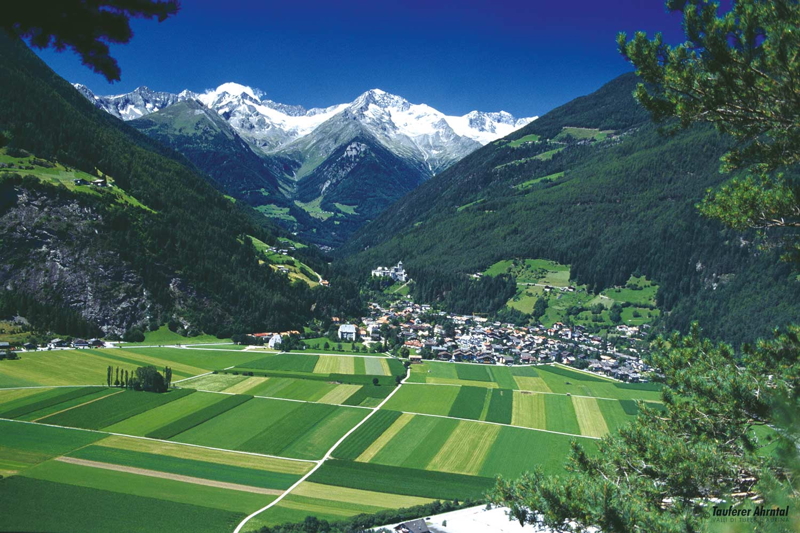 Campo Tures - Sand in Taufers, Province of Bolzano, Trentino Alto Adige, Italy. Campo Tures - Sand in Taufers is located in Val di Tures, along the Aurino (Ahr) river, in the north-east of the the District of Val Pusteria / Pustertal. It is also a "comune mercato", a town with historical market rights not surrounded by walls, as was usual in Bayern, Austria and South Tyrol.

The first mention of Tures appears in in the Brixner book from 1050 to 1065, the names Sand Maurizien and Sant appear from 1296 to 1410. The history of the place is closely linked to the medieval lords of Taufers, whose most famous representative was Hugo von Taufers. This dynasty were wassals of the bishops of Bressanone.

Between 1908 and 1957 the town was connected to the electric railway through Brunico Bruneck-Campo Tures. In 1926 the community took the official name of "Campo Tures" including the eight smaller communities of Sand, Drittelsand, Ahornach, Rein, Kematen, Mühlen, Mühlwald and Lappach. The latter two were soon separated, however, to form the comune of Mühlwald. In the course of Italianization by the fascists the places were renamed or translated into Italian. The Italian names are officially valid in addition to the original German names.

WHAT TO SEE IN CAMPO TURES