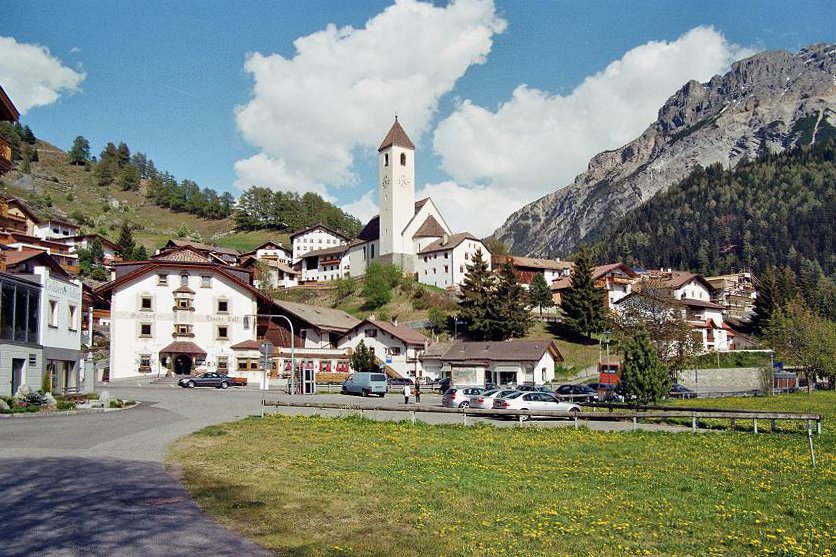 Graun im Vinschgau, Bolzano Province, in the Trentino Alto Adige Region, located northwest of Bolzano, on the border with Austria and Switzerland. Graun im Vinschgau borders the following municipalities: Mals, Kaunertal (Austria), Nauders (Austria), Pfunds (Austria), Sölden (Austria), Ramosch (Switzerland), Sent (Switzerland), and Tschlin (Switzerland). The village borders Lake Reschen, deepened and extended when the valley was dammed in order to produce hydro-electricity. The original town can no longer be visited, having been abandoned by the time of the dam's completion in July 1950. Graun was rebuilt on the new shores. The ancient half-submerged bell-tower has become a landmark, and is the centrepiece of the commune's coat of arms.

History of the township

In 15 BC the Celtic people then living in the upper Venosta (Vinschgau) valley found themselves incorporated into the Roman Empire following the construction of a commercial and military route crossing the Alps via what is now known as the Reschen Pass, the route then being called the " Via Claudia Augusta". The transalpine route retained its importance through the medieval period,  renamed as the "Upper Way" ("Oberer Weg"/"Via Superiore") or the "Swabia Road" ("Schwabenweg"/"Via di Svevia"). After 450 a wave of Christian missionaries arrived from Chur. By the time of the Black death (1348), from which most of the population of the time died, most of the Vinschgau Valley, including Graun, had been settled by German speakers. The exception being the side valley of Müstair, where the Romansh language survives to this day. German has remained the majority language in Graun since and as of 2011 German was the first language for more than 97% of its population.